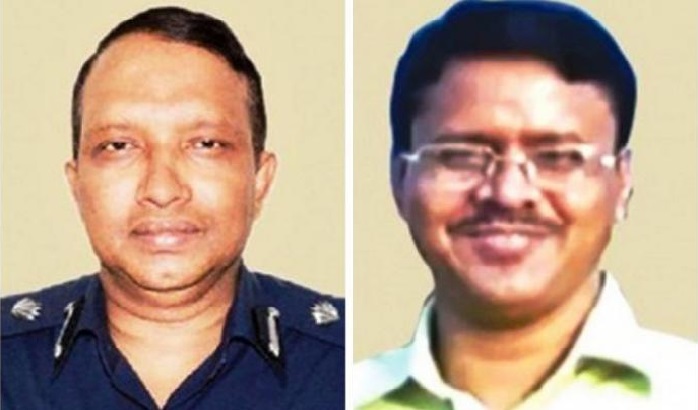 The ACC on Sunday submitted a charge sheet against its suspended director Khandaker Enamul Basir and DIG Mizanur Rahman with a Dhaka court in a case filed on charges of taking and giving bribe.

The court fixed February 9 for further hearing on the case.

Earlier on January 12, the anti-graft body approved the charge sheet against the duo in the same case.

According to the charge sheet, ACC in its inquiry found that suspended director Khandaker Enamul Basir took Tk 40 lakhs from Deputy Inspector General (DIG) of Police Mizanur Rahman for excluding his name from a graft allegation.

The ACC launched a probe against DIG Mizan for allegedly accumulating illegal wealth and its director Enamul Basir was appointed as an inquiry officer to probe the allegation.

But, DIG Mizan later in a television interview claimed that Basir took Tk 40 lakh in bribes from him, alluring that he would be given a clean chit. Basir also divulged probe details during the inquiry.

Audio clips of mobile conversations between Mizan and Basir were aired on television. But, Basir refused the conversation, saying Mizan had supplied a forged clip to the private television channel, using an imitation of his voice.

After the bribe allegations surfaced, on June 10, ACC suspended Basir on charges of leaking information and breaching service discipline. It also formed a three-member team, led by Sheikh Md Fanafillah, to probe the bribery allegations.