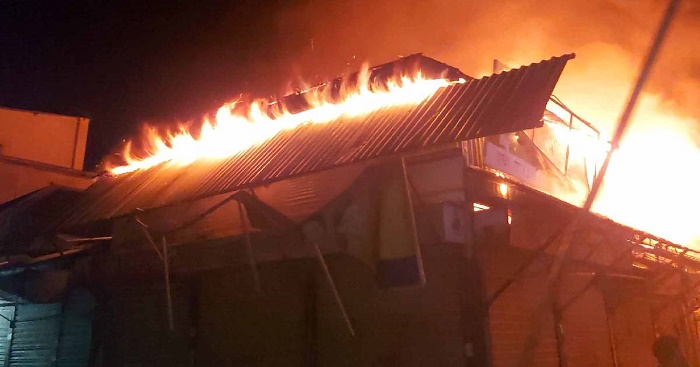 A woman and her three-year-old daughter were killed in a fire that broke out at their home in Sadar upazila’s Charmamudpur on Saturday night.

The deceased were identified as Aleya Begum, wife of Azad Sheikh and their daughter Amena, 3, of the area.

Belal Hossain, sub-inspector of Kotwali Police Station, said the fire was sparked by an electric short-circuit at around 10pm. The woman and her daughter suffered severe burns.

Aleya was taken to Faridpur Medical College Hospital (FMCH) where doctors pronounced her dead, the said OC. “Amena succumbed to her injuries while being taken to Dhaka for better treatment,” he said.

On information, firefighters from Faridpur rushed to the spot and extinguished the fire which had already burnt three houses.