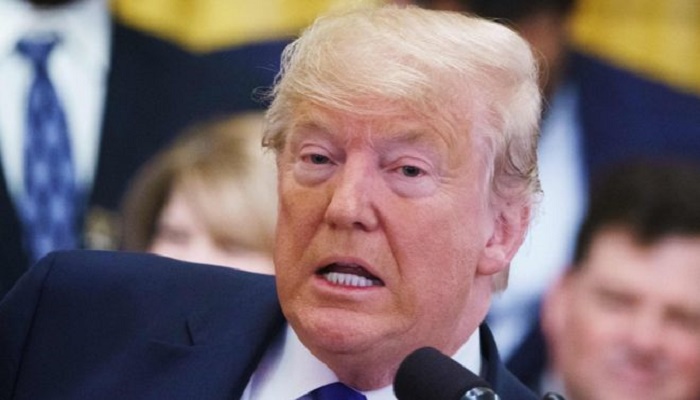 US President Donald Trump's legal team has issued its first formal response to the impeachment charges against him, describing them as a "dangerous attack" on democracy.

The document said the impeachment articles failed to allege any crime and were a "brazen" attempt to interfere with the 2020 presidential elections.

The response came as the Democrats filed their brief for the proceedings.

Opening statements in the trial will begin next week.

Mr Trump is the third US president in history to face an impeachment trial. He is accused of abuse of power and obstruction of Congress. He has denied wrongdoing and branded the case against him as a "hoax".

The House, controlled by opposition Democrats, impeached the president last month. The Senate, controlled by Mr Trump's Republican Party, will decide whether to convict and remove him from office.

President Trump is accused of pressuring Ukraine to dig up damaging information on one of his main Democratic challengers for the presidency in 2020, Joe Biden, and his son Hunter.

Hunter worked for a Ukrainian company when Joe Biden was US vice-president.

The president is accused of dangling two things as bargaining chips to Ukraine - withholding $400m of military aid to Ukraine that had already been allocated by Congress, and a White House meeting for Ukraine's president.

Democrats say this amounts to an abuse of presidential power.

Mr Trump is also accused of obstructing Congress by refusing to co-operate with the congressional inquiry.

The US president was impeached last month, opening the way for a Senate trial.