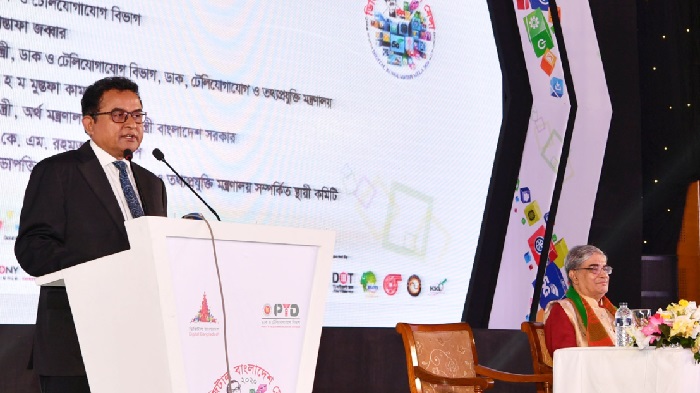 Finance Minister AHM Mustafa Kamal on Saturday said the information and technology (IT) sector of Bangladesh will perform better than the RMG one in future.

He made the remarks while speaking at the concluding ceremony of "Digital Bangladesh Mela-2020" at Bangabandhu International Conference Centre (BICC) in the capital.

The fair began on Thursday aiming to demonstrate benefits of 5G technology and IT here.

The minister said the digital fair was organised in a good time when the country's people are celebrating the birth centenary of Father of the Nation Bangabandhu Sheikh Mujibur Rahman.

He expressed the hope that Bangladesh will roll out 5G services soon.

Mentioning that Bangladeshis youths are most talented, he said they will not fail in the IT sector. “We have to acquire knowledge in this regard and use modern technological tools, including robots, which will help create employment here," he said.

Posts and Telecommunications Minister Mustafa Jabbar who presided over the function expressed the hope that Bangladesh can do better in the digital revolution in future compared to neighbouring countries.

He also underscored the need for cutting internet VAT rate to 5 percent for ensuring all’s access to internet.

He said a total of 82 stalls took part in the fair. “We hope digital activities in Bangladesh will further be expanded in future."

Awards were handed over to the winners of competitions among students as well as ministry officials and employees for their outstanding contributions to the IT sector.