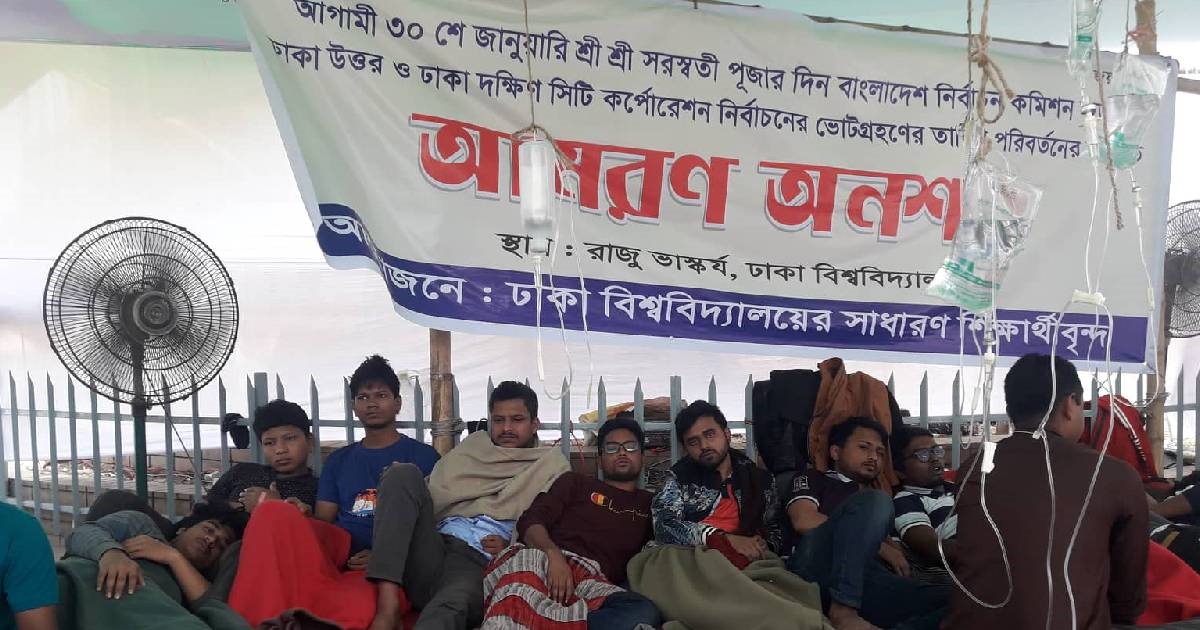 A group of Dhaka University (DU) students, who went on a fast unto death on Thursday demanding deferment of the polls to the two Dhaka city corporations, ended their strike on Saturday night after their demand was met.

They broke their strike sipping juice and water offered by DU Vice-chancellor Prof Akhtaruzzaman soon after the announcement deferring the elections.

Speaking on the occasion, the DU VC thanked the EC for its decision, saying good senses have finally prevailed on them.

Chief Election Commissioner (CEC) KM Nurul Huda told reporters around 9:00 pm that the DSCC and DNCC polls will be held on February 1 instead of January 30.

At least 15 students fell sick on Friday and Saturday while fasting unto death to press for the demand.

Earlier, police foiled a march of the students towards the Nirbachan Bhaban on Wednesday.

The protesting students had announced the march programme from a road blockade at Shahbagh soon after the High Court on Tuesday turned down a writ petition seeking deferment of the January-30 elections.