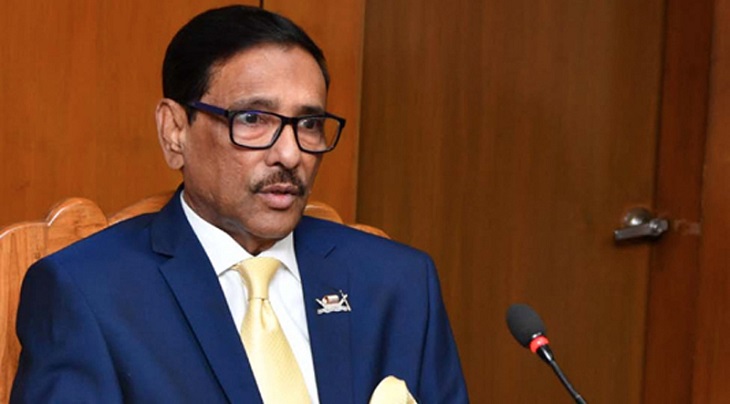 “The BNP is spreading such propaganda to make the polls questionable,” he told a press conference at the AL president’s Dhanmondi political office in the city this morning.

The AL general secretary said all the polls held in the past with EVM system were free and fair and several BNP-nominated candidates also won in those elections.

Quader, also the road transport and bridges minister, expressed hope that the AL mayoral candidates who have a clean image will win in the polls as a mass wave has been created in their favour.

The AL general secretary said before any elections, BNP claims that that their popularity is skyrocketing. “But after the polls, it is seen that they lose in the elections,” he said.

Quader went on saying: “BNP sees daydream before elections… but their dream will be turned into a nightmare in this city polls”.

The minister said if BNP wins in polls, they say election was fair but when they suffer defeat, the party alleges that the polls were rigged. “It’s their old habit,” he added.

Noting that the voting date on the day of Saraswati Puja on January 30 has created commotion among the Hindu community people, Quader hoped that the Election Commission will fix an acceptable date for the elections before or after the Puja.

“The Awami League or the government will have no objection if the election date is rescheduled,” he said.