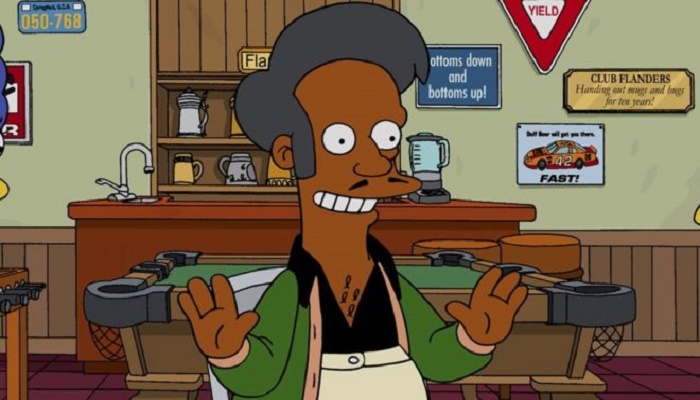 The voice actor who plays the Indian character Apu in The Simpsons has said he is stepping down from the role, following years of controversy.

White actor Hank Azaria has performed the voice of the Indian convenience store owner since the character was created in 1990.

But the character has been accused of reinforcing racial stereotypes.

It was not immediately clear if Apu would get a new voice or be dropped from the cartoon.

"All we know there is I won't be doing the voice anymore, unless there's some way to transition it or something," Mr Azaria told the website SlashFilm.

Controversy over the character of immigrant shopkeeper Apu Nahasapeemapetilon intensified in 2017 when Indian-American comic Hari Kondabolu made a documentary saying he was founded on racial stereotypes.

In his documentary, The Problem with Apu, he said Apu was one of the only representations of South Asians on US television when he was growing up and other children imitated the character to mock him.