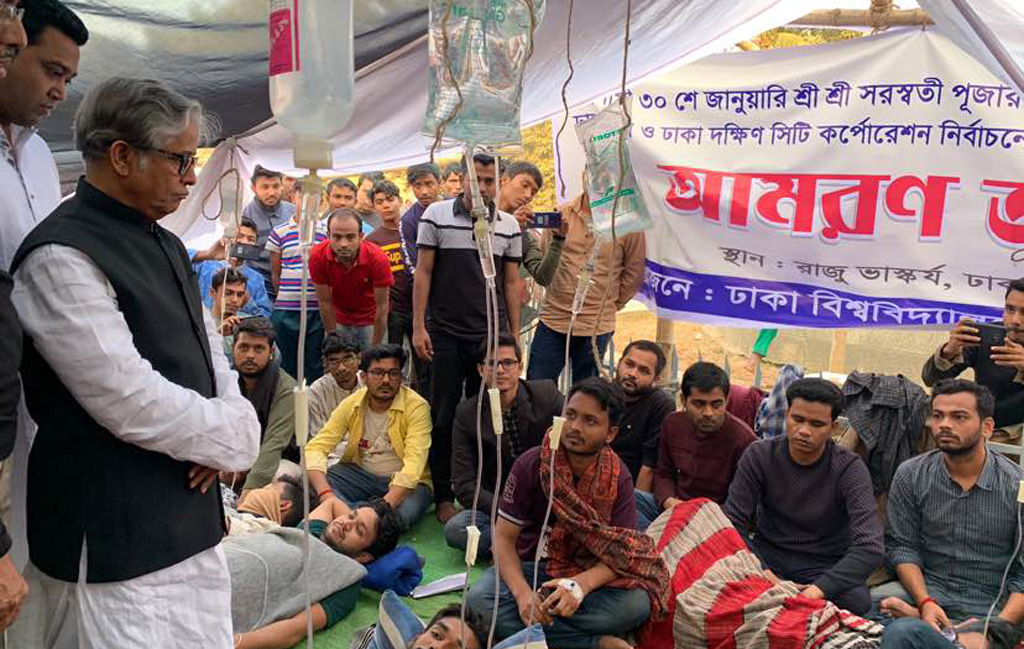 Five more students of Dhaka University fell sick on the third day of their fast unto death on Saturday morning demanding deferment of the polls to the two Dhaka city corporations slated for January 30--a date that coincides with Saraswati Puja.

Ten other students had fallen sick on Friday, the second day of the protest.

Around 40 students of the university went on hunger strike on the campus on Thursday afternoon demanding deferment of the polls.

The students, led by Utpal Biswas and Kajal Das, gathered in front of Raju Sculpture carrying placards and started the hunger strike around 2:10pm.

The EC announced the polls date on December 22 last year. The day coincides with the Saraswati Puja. The announcement was met with criticism and protests.

In Hinduism, Saraswati is the goddess of knowledge and learning, and the Puja is held at educational institutions.

Polling stations will be set up at different educational institutions in the city during the polls, which, many fear will hamper the Saraswati Puja celebrations.

Meanwhile, the Chamber Judge is likely to hear an appeal challenging a High Court order the rejected a writ petition to defer the polls.