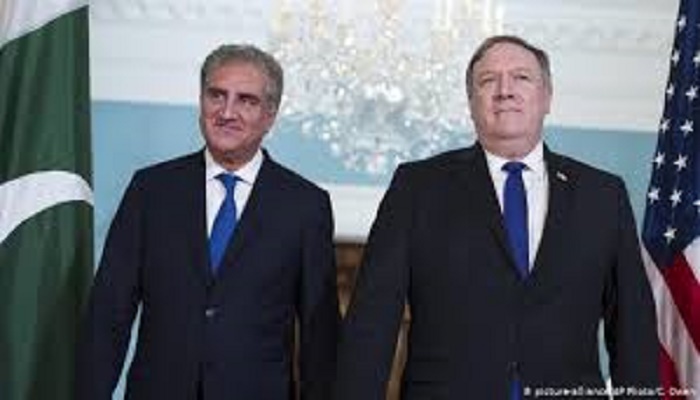 US Secretary of State Mike Pompeo met with Pakistani Foreign Minister Shah Mahmood Qureshi in Washington DC of United States on Friday, discussing Afghanistan and bilateral ties, according to a statement released by the US State Department.

The two sides talked about a range of issues, including Iran, US-Pakistan cooperation on the Afghan peace process and building bilateral economic ties, the statement said.

Qureshi embarked on a three-day visit to the United States on Wednesday for talks on the tension in the Middle East that poses danger to regional security.

The visit also came as the Taliban and US negotiators were reportedly finalizing a peace deal that could end the over 18-year war.