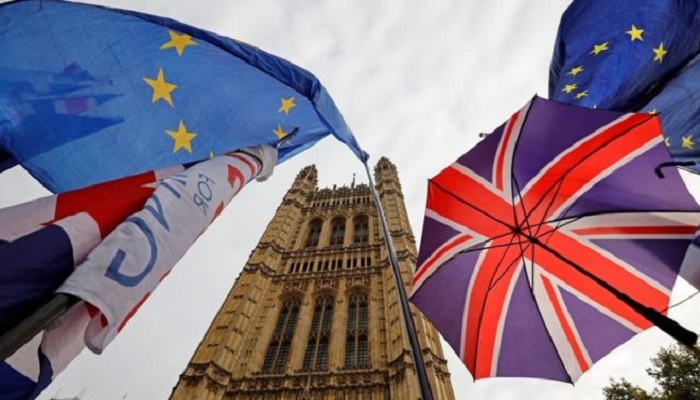 A clock counting down to the moment the UK leaves the EU on  January 31 will be projected on to Downing Street as part of government plans to mark Brexit Day.

The clock will tick down to 23:00 GMT, while Prime Minister Boris Johnson will give a "special" address to the nation in the evening, the government said.

A special 50p coin will also enter circulation to mark the occasion.

Millionaire businessman Arron Banks and the Leave Means Leave group have donated £50,000 to the campaign.

Downing Street has said the prime minister will chair a cabinet meeting in the north of England during the day.

Mr Johnson is expected to be one of the first people to receive one of the newly-minted 50p coins, which will bear the motto "peace, prosperity and friendship with all nations".

However, it is not certain whether Big Ben - which is currently out of action due to renovation work going on at the Houses of Parliament - will chime to mark the moment the UK leaves the EU.

Under the settlement scheme, EU citizens living in the UK can apply to stay in the country after Brexit.

So far the number of applicants to the scheme has hit more than 2.7 million.