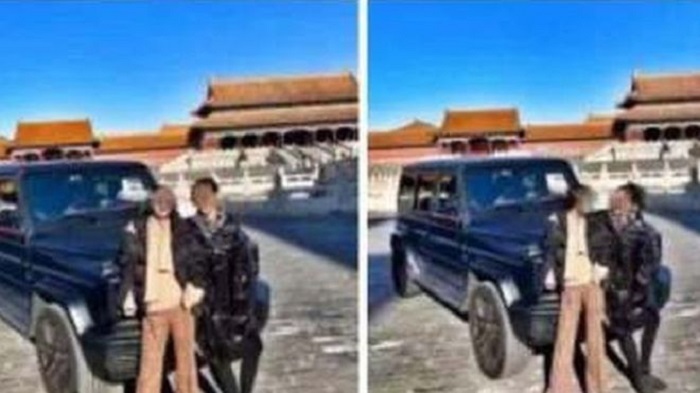 Staff at one of China's top landmarks have apologised after seemingly allowing a wealthy woman to drive onto the heavily guarded premises.

Social media user Lu Xiaobao posted photos of herself, a friend and her car in the empty Forbidden City in Beijing.

Although she has since deleted them, they quickly went viral and people urged the site to offer an explanation.

The site's Palace Museum said it was "deeply distressed and sincerely apologises to the public".

A statement confirmed that the incident had happened on Monday.

The Forbidden City was China's former imperial palace between the years 1420 and 1912. It is a World Heritage Site and one of the most heavily-guarded areas of China. 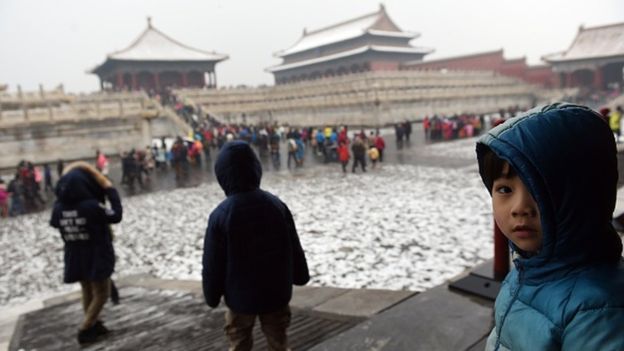 When social media users saw pictures uploaded to the popular Sina Weibo microblog by Lu on 17 January, inside the empty site on a clear day, people quickly started asking questions.

Currently, it is Spring Festival, one of China's biggest public holidays, when there is mass migration across China to popular tourist destinations. Beijing and its landmarks at this time of year are notoriously flooded with people.

Lu posted several pictures on her Weibo account saying "On Monday the Palace Museum is closed, so I hurried over, hid from the crowds, and went to play in the Forbidden City."

Weibo users were stunned to see not only pictures of Lu and her friend at an empty site, but also her huge luxury car, which she drove onto the complex.

The Forbidden City often closes on Mondays, to allow for maintenance and renovation work. 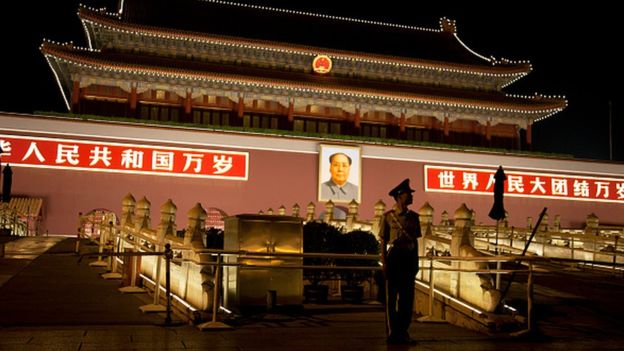 Today, the hashtag #DrivingIntoTheForbiddenCity has quickly gone viral, and has been used hundreds of thousands of times.

Users acknowledge that Lu has deleted her original pictures, but as one user, whose comment has been shared more than 400,000 times, says: "Deleting the pictures is useless; the entire Chinese nation has seen them." They wanted the Palace Museum to explain.

Many users have speculated that the woman is from a wealthy background, given that previous posts on her account show her on a luxury yacht.

Her Weibo account says that she is flight attendant at Air China, but the airline has responded to media questions saying that she "left the company a number of years ago".

Influential local paper Beijing News says that a woman claiming to be her friend, says she was invited by the Palace Museum to attend an event.

Lu herself has not commented publicly.

Why is this controversial?

The Forbidden City is a huge complex of significant cultural and historical importance. Made up of courtyards, palaces and gardens, it is home to imperial collections of Ming and Qing dynasty art and artefacts.

Its main entrance is famous for a portrait of Mao Zedong, the founder of the Chinese Communist Party, and next to the government building, the Great Hall of the People, and the symbolic Tiananmen Square.

China has strict laws on the protection of cultural relics, and has previously blacklisted people for vandalising important sites.

This is not the first time the Forbidden City has come under fire for controversial pictures at the site.

In June 2015, images circulated of a naked photoshoot outside the Palace Museum.

The official China Daily said at the time that the model could face a number of days in detention, but similarly raised questions about "ethical and moral" behaviour at a "historical site".