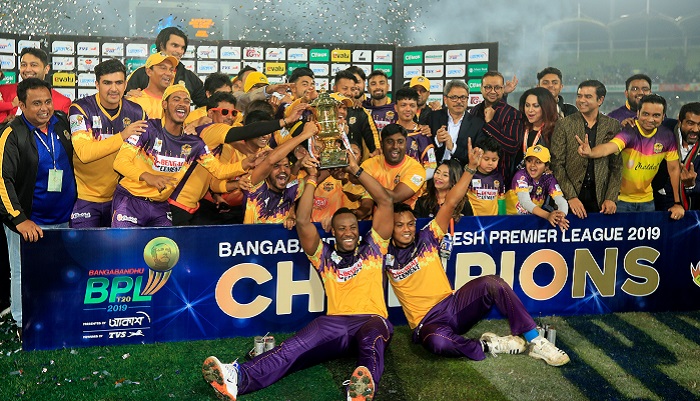 Mushfiqur Rahim-led Khulna Tigers won the toss and sent Rajshahi Royals to bat first who posted 170 for four in 20 overs. In reply, Khulna only managed to score 149 for eight in 20 overs.

Khulna needed 60 runs in the last five overs but they scored only 38. They did not have a good start losing openers - Najmul Hossain Shanto and Mehidy Hasan Miraz - within 12 runs.

Shanto was sent back thanks to a spectacular catch by Liton Das at the point area off Mohammad Irfan in the first over of the innings. In the next over, Abu Jayed Rahi scalped the wicket of Mehidy Hasan. He was caught at long off as Shoaib Malik took a regulation catch.

But to recover the initial damage, Shamsur Rahman and Rilee Rossouw added 74 runs in the third wicket stand.

Rilee fell as the third wicket scoring 37 off 26 balls with one four and one six. But Shamsur was firm at the other end of the wicket. He scored 52 off 43 with four fours and two sixes.

Shamsur and Rilee departed in a span of 16 runs, which pushed Khulna Tigers to the cliff’s edge. The onus was on Mushfiqur Rahim but the captain failed miserably.

Mushfiqur posted 21 off 15 balls with two fours and one six before falling prey to Andre Russell. Robbie Frylinck was the last hope of the Tigers, but he too disappointed. He scored 12 off 15 balls with one four. 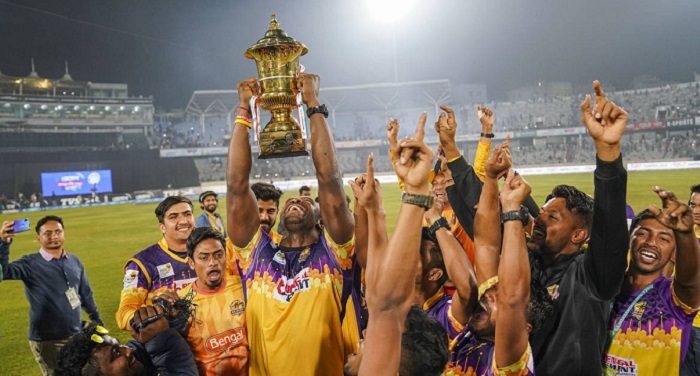 Mohammad Irfan, Andre Russell and Kamrul Islam Rabbi took two wickets each conceding 18, 32, and 29 runs respectively for the Royals while Abu Jayed Rahi and Mohammad Nawaz took one wicket each.

Earlier, Khulna Tigers won the toss and sent Rajshahi Royals to bat first. Despite a good start, Royals lost Afif Hossain (10) in the third over. He fell prey to a short ball by Mohammad Amir.

Afif skied the ball and Miraz sprinted from his position to take a wonderful catch at short third-man area.

In the second wicket stand, Liton Das and Irfan Shukkur posted 49 runs. But Liton fell for 25 off 28 with one four and one six.

However, Irfan hit 52 of 35 deliveries with six fours and two sixes. Along the way, he became the only uncapped Bangladeshi player to hit a fifty in BPL final.

Pakistan all-rounder Shoaib Malik came to bat at number four and scored nine only. After losing four for 99, Royals added 71 in the last 34 balls.