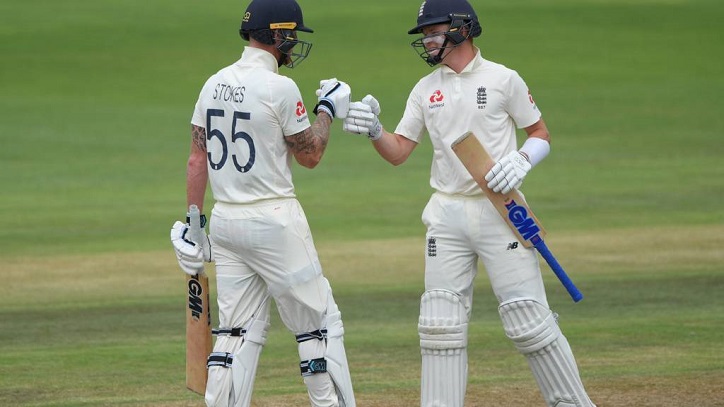 England declared their first innings on 499 for nine after Ollie Pope and Mark Wood slammed 73 runs in 8.4 overs off a tired South African attack after tea on the second day of the third Test on Friday.

Pope finished on 135 not out, while Wood thrashed five sixes in making 41 off 23 balls being caught on the long-on boundary off Keshav Maharaj, who finished with five for 180.

Match situation: England have declared on 499 for nine in the first innings