Purnata’s lens in between the border 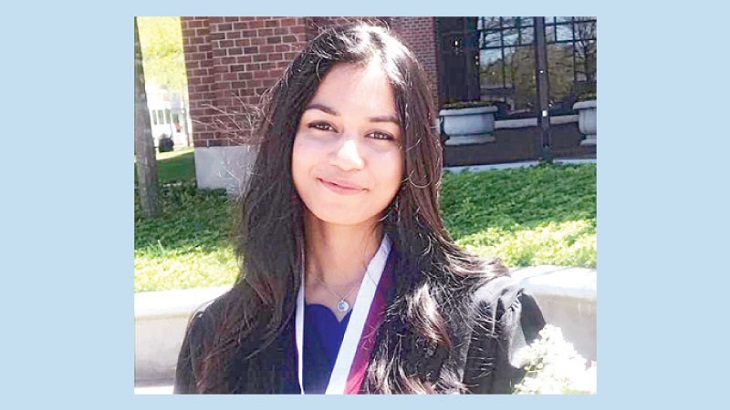 Solo exhibition of young Bangladeshi artist Nujhat Purnata has began in the capital on Friday reflecting socio-political constructs in the face of people at home and aboard.

There are projected 50 pieces of artwork in the exhibition titled ‘In Between Borders and Other Political Constructs’ at gallery-6 where the artist picked from six countries of the world including the United States, Portugal, France, Mexico, Bahamas and Bangladesh.

After the inauguration, guests moved around the gallery and reviewed the works of the young artist.

Talking to the media, after exploring the gallery, veteran politician Tofail Ahmed said the artworks of the young girl have projected portraits of the society in the face of people.

“I have a very fondness to the artist for a long time. My daughter like Purnata has shown her excellence in work as well as projected the complete view of talents translating the inner means of her name. ,” Tofail Ahmed added.

He also appreciated the parents of the artists who also shined in the field of journalism in the country.

BGMEA President Rubana Huq said the artists have portrayed the traditions of our country as well as beyond the border.

“Purnata has roamed different countries and explore the inner sense of mankind as a graduate of social science. I hope, she will show further excellence to expose the inner side of the art piece contributing behind the lens,” Rubana added.

Noted litterateur Imdadul Haq Milan said the young artist has projected her talents behind the lens as her natural talents.

“I knew some extraordinary talents of Purnata who also excelled in cultural activities during her school days at Scholastica. All the artworks attracted the top of the minds of all guests,” Milan added.

In a statement, artist Nujhat Purnata said:” From the way we perceive religious theologies to the way we perceive geographical borders, we are dictated by political constructs. And we are stuck in this never ending kaleidoscope of limited freedom of thought and unlimited judgment which truly pushes us to forgo all the makes as human,”

Nujhat Purnata studied journalism at the University of Massachusetts, Amherst in the United States and practices photography to explore the talents behind the lens. She is the daughter of Bangladesh Pratidin Editor Naem Nizam and Jatiya Press Club General Secretary Farida Yeasmin.