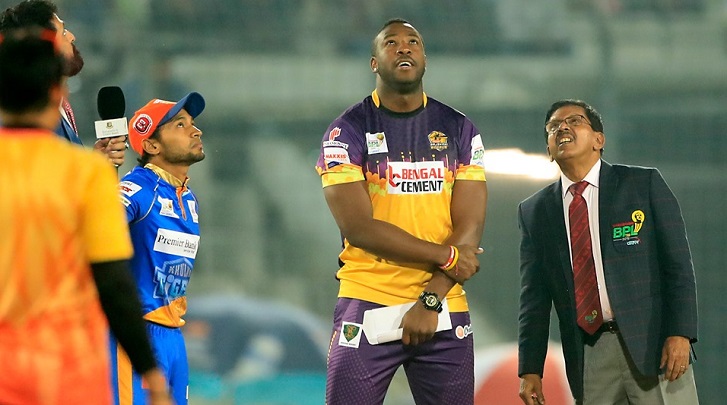 Khulna Tigers won the toss and selected to bowl first against Rajshahi Kings in the Grand Finale of Bangabandhu Bangladesh Premier League (BBPL) on Friday night.

Mushfiqur Rahim is leading Khulna Tigers in the final while Andre Russell is the captain of Rajshahi Royals.

This is the first time when Mushfiqur is playing a BPL final and leading a team.

Both teams had earlier faced each other in the Qualifier-1 of the event where Khulna Tigers beat the Royals by 27 runs and booked a place in the final as the first team.

Royals beat Chattogram Challengers in the Qualifier-2 riding on the 22-ball 54 by Andre Russell and advanced to the final.