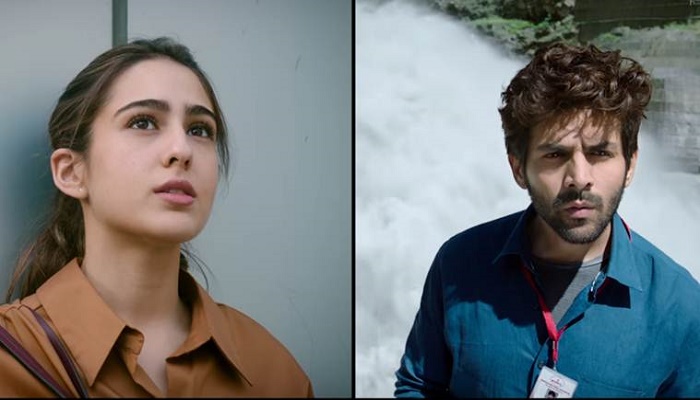 The trailer of Sara Ali Khan and Kartik Aaryan’s romantic drama Love Aaj Kal is out.

Helmed by Imtiaz Ali, the movie is being bankrolled by Dinesh Vijan. Apart from Sara and Kartik, the movie will also feature Randeep Hooda and newcomer Arushi Sharma in significant parts.

Earlier, the director had shared a poster of the movie which featured Sara and Kartik looking romantic and distant at the same time.

About a decade ago, Imtiaz Ali had helmed a movie which was also called Love Aaj Kal. The film featured Sara Ali Khan’s father and Bollywood star Saif Ali Khan and Deepika Padukone in the lead.

The film will also narrate a love story set in two different time periods — 1990 and 2020. In the 2020 movie, Sara will be seen essaying a character called Zoe, while Kartik will play Veer in the movie.