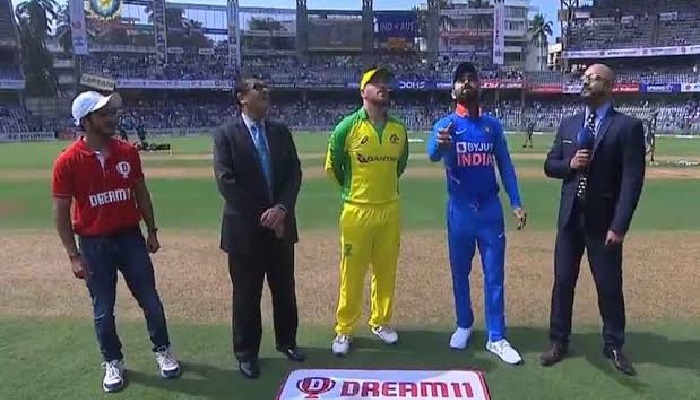 Australian captain Aaron Finch won the toss and made India bat first in the second one day international between the two fierce rivals on Friday.

India must win in Rajkot to avoid a humiliating home defeat in the three match series after their 10 wicket drubbing in the first game.

Finch said it was a "beautiful wicket" which made it an automatic choice to give his bowlers the first chance on the pitch.

KL Rahul became the official wicketkeeper for India, with Rishabh Pant ruled out following a concussion in Tuesday's match. Rahul stood in for Pant after he left the field in Mumbai.

Manish Pandey takes Pant's place as batsman while Navdeep Saini comes in for Shardul Thakur in a bid to bolster India's fast bowling.

India captain Virat Kohli put himself back as number three batsman after experimenting by putting his three options for openers at the top of the order for the first game.

The series is a key preparation for both sides ahead of the Twenty20 World Cup in Australia starting in October.