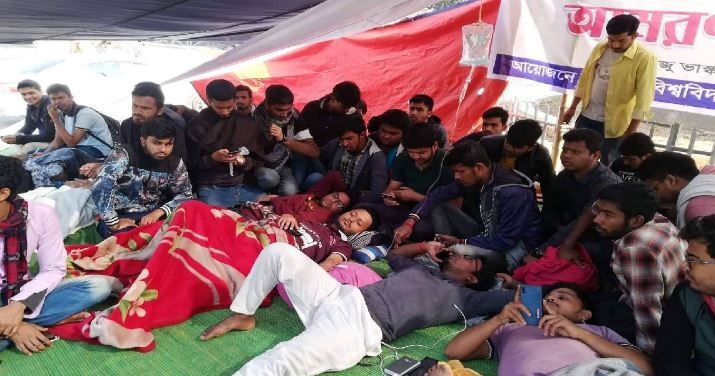 Nine students of Dhaka University (DU) on Friday became sick as they took part in the fast unto death programme for the second consecutive day demanding deferment of January 30 Dhaka north and south city corporations’ election.

Of them, two students were admitted to Dhaka Medical College Hospital (DMCH) around 2.00 pm. After taking primary treatment two of them joined the programme while seven others are being administered intravenous saline as their condition deteriorated.

At least 25 DU students began fast unto death programme at the base of Raju Memorial Sculpture on the campus from Thursday afternoon demanding rescheduling of Dhaka North and South city corporations poll.

Meanwhile, Jago Hindu Parishad, a platform of the Hindu community, formed a human chain on the campus demanding a deferral in the morning.