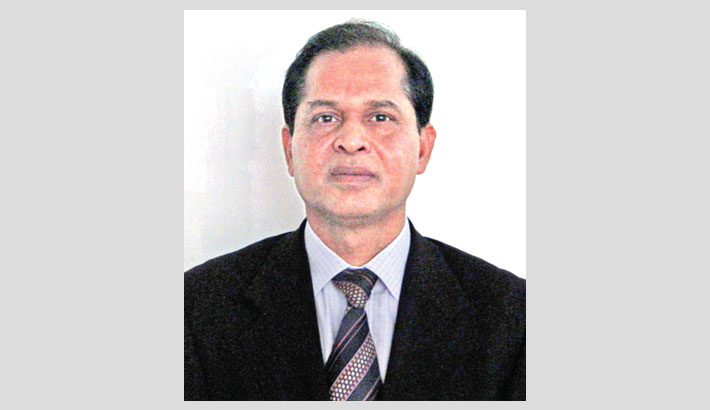 In his speech, Bangabandhu said, "We regard you, Mr. Prime Minister, as one of our oldest and closest friends. You were one of our first visitors after liberation. At the time we were deeply touched by your interest in, and concern for, Bangladesh. More recently our meeting in Ottawa during the Commonwealth Heads of Governments Meeting convinced me that in spite of your many preoccupations this interest in Bangladesh remains undiminished. I am indeed grateful that you have been able to accept my invitation to visit Bangladesh again in your new capacity as the Prime Minister.”

Bangabandhu praised New Zealand for its tremendous sympathy and concern for Bangladesh since our liberation war. He said, "In spite of your limited resources you helped us in the task of relief and reconstruction during the very early days after liberation. Your sincere desire to help us in overcoming the challenges which face us today was further reflected in a generous contribution made by New Zealand to our economic development. More recently you have made a valuable contribution to the arrangements for the repatriation of Bangalis from Pakistan and Pakistanis from Bangladesh in accordance with the Delhi Agreement. We deeply appreciate your assistance in this regard. We are also grateful to New Zealand for her unstinted support to Bangladesh in various international forums including the United Nations when we were seeking our rightful place in these organisations.”

Bangabandhu said, “You saw for yourself the conditions prevailing in Bangladesh immediately after liberation. You saw how the difficulties of our people who suffered neglect, deprivation and exploitation during colonial rule for over two hundred centuries were compounded by widespread destruction and dislocation during the liberation war. The first and foremost task faced by my government was the re-establishment of law and order and putting the government back on the rails. While grappling with the massive task, we simultaneously proceeded to establish the institutional framework of a democratic system of government in the country. A Constitution was adopted within a year of our liberation by the freely elected representatives of the people and elections were held in March last year on the basis of universal adult franchise. Today, our people, after long years of sufferings under dictatorial rule of one type or the other, have found an opportunity to fashion their lives in freedom and dignity.”

Expressing some satisfaction towards country’s achievement in the economic field, Bangabandhu said, “As you might aware, Bangladesh is committed to establishing socialism in the country. As the leader of a socialist party, you are no doubt aware of the difficulties and pitfalls in establishing a socialist economy within a democratic system. Yet we are confident that we can harness the tremendous creative energy released by the war of liberation for realising this national goal.” Bangabandhu briefed about rehabilitation of the people who left the country during liberation war, reconstruction of infrastructure, launching of the Five Year Plan, increasing GDP growth and achieving self-sufficiency in food grains.

Talking about the economic turmoil of developing countries and the prevailing international economic situation, Bangabandhu said, "The flow of foreign aid from rich countries to underdeveloped countries is very low and uncertain. Wealth transfer has not been made according to the UN target. This is of great concern, as developing countries, including my own, are undergoing intense stress. In our countries, the greater population of humanity is bursting with resentment. Their desire and desire for a better and more meaningful life can be ignored at the risk of violent coup in society.” Appreciating the leadership of Mr. Kirk, Bangabandhu said, “We appreciate your voice in the United Nations and other world forums to draw attention to the grave threat to establishing a coherent international status as a result of the differences between the developed and developing countries. We can only hope that the claim you raise will create a sympathetic echo in other countries so that the international community can take integrated steps to address the challenges of almost two-thirds of the world's people suffering from poverty, disease and hunger."

In his speech, Mr. Kirk said, "I first arrived in newly independent Bangladesh nearly two years ago when I was leader of the opposition in New Zealand. It was a deeply emotional and saddening experience because of the suffering and devastation brought about by the long months of the independence struggle. But it was an inspiring experience also. Though the people had been savaged, there was confidence and high hope.” He further said, “Our two countries share also a firm belief in parliamentary democracy. Your success in establishing democratic forms of government has a significance that runs far beyond your own borders.” Prime Minister Kirk came to Bangladesh by a New Zealand Air Force Hercules commanded by Squadron Leader Noel Rodger, who had also commanded the first Hercules with emergency relief for Bangladesh in February and March 1972.

Mr. Kirk highlighted a number of issues like- New Zealand’s relationship with other countries particularly with Asia-Pacific region, its development assistance and role in the UN and Commonwealth, international monetary crisis, trade, oil crisis, peace and security. He said, “The friendship between Bangladesh and New Zealand has been directly expressed in a number of international forums, including the Colombo Plan, BCAFE, and various agencies of the UN. We were among the first to speak out for Bangladesh in an international meeting at the UN Human Rights Commission in Geneva.”

About their development assistance, Prime Minister Kirk said, “Poverty breeds resentment; intolerance and ignorance are sources of distrust and suspicion; injustice is a source of anger. Resentment, distrust and anger are the seeds of conflict between peoples and between nations. It is imperative that they be removed.” Understanding the vast and widening gap between the rich and poor countries, he said, “I will be seeking your advice about ways in which New Zealand can continue to cooperate with you in your efforts to improve the living standards of your people.” Thus Mr. Kirk acknowledged Bangabandhu’s wisdom and leadership.

While concluding, he said, "You and your country confront difficulties of a gravity and magnitude for beyond anything which we in New Zealand have had to face. ............. Your hopes for your peoples’ future are our hopes also. We admire the efforts you and your government are making. We admire the courage, steadfastness and resilience of your people. We stand with you in a task which must not, and we know will not fail.”

The official meeting was held on 2 January. They discussed various issues of mutual interest including international issues. The two leaders exchanged views on important developments in the international arena, especially in the regions of South East Asia, South Asia and West Asia. Bangabandhu explained his country’s non-aligned foreign policy which is best suited to safeguard the national interests of Bangladesh. He also stressed the importance of his government’s attachment to the development of mutually beneficial relations with the countries of South Asia and South East Asia. New Zealand’s Prime Minister highlighted the new orientation in the foreign policy pursued by his government which was aimed at making a positive contribution to regional cooperation, development and progress in the Asia-Pacific region. Bangabandhu expressed particular appreciation of the part played by the New Zealand Prime Minister in calling for strengthening efforts to reduce the gap between developed and developing countries.

Bangabandhu explained his government's constructive and forward-looking policy for normalising relations among the countries of South Asia so that they may devote their energies to the economic development and well-being of their peoples in an environment of peace. In this context, he expressed his sincere thanks to Mr. Kirk for his government’s generous contribution to the repatriation process currently underway in pursuance of the Delhi Agreement of 1973. The New Zealand Leader paid tribute to the statesman-like approach of Bangabandhu toward sub-continental affairs and expressed the hope that unresolved issues in the sub-continent would be resolved on the basis of sovereign equality and mutual dignity.

They exchanged views on recent developments in West Asia. Bangabandhu said that his country's policy was based upon full support for the just demand of the Arabs for the return of their territories and the restoration of legitimate rights of the Palestinians. Mr. Kirk said that his government continued to attach importance to the provision of Security Council's resolution 242 in the achievement of a lasting solution to the problems in the area and the right of all states and peoples in the region to live in peace and security. They hoped that the Middle East Conference in Geneva would make rapid progress in achieving a just and durable peace in the region. They agreed that efforts towards the creation of a Zone of Peace in the Indian Ocean would contribute positively to the cause of peace in Asia and the world.

Bangabandhu expressed heartfelt gratitude for the support and sympathy of the government and the people of New Zealand during our struggle for achieving democratic rights and freedom. He also thanked New Zealand for its active support to Bangladesh in the United Nations and other international organisations. Mr. Kirk expressed hope that Bangladesh would get full membership in the United Nations in the near future.

They expressed satisfaction at the development of fruitful economic and technical cooperation between the two countries. They also agreed to expand further the areas of cooperation, particularly New Zealand's assistance in the fields of forestry, dairy, and livestock within the framework of Bangladesh's first Five Year Plan. They agreed to increase bilateral trade volume. Mr. Kirk said that he would consider setting up an office in Dhaka as soon as possible.

After that meeting, the two Prime Ministers met the journalists. Mr. Kirk said that his country would provide possible assistance in implementing Bangladesh's first Five Year Plan. Responding to a question about the possibility of entering Bangladesh's products into the New Zealand market, he said that they would maintain all benefits of the Commonwealth in Bangladesh's products. On the other hand, Bangabandhu said that they had discussed various national and international issues of mutual interest. In response to a question by a foreign journalist on joint security, he said that there was no such discussion.

There was also a news conference at the state guest house on 3 January. Mr. Kirk answered several questions of the journalists. On 4 January, a joint communiqué was issued simultaneously.