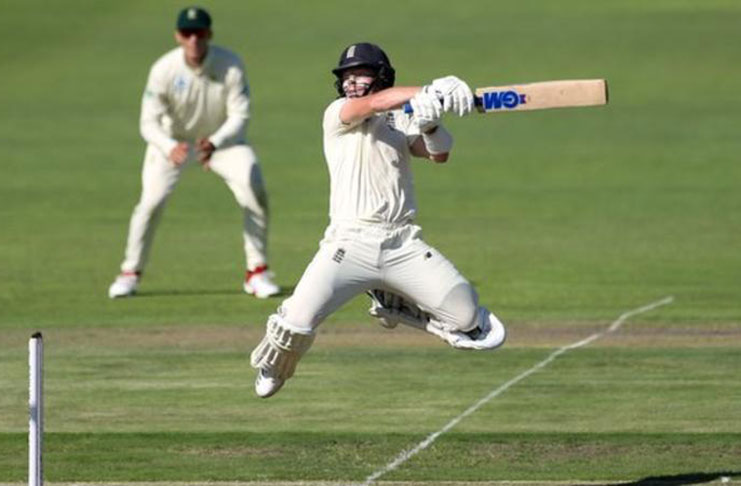 World cricketer of the year Ben Stokes survived three reviews by South Africa as he and Ollie Pope regained the initiative for England on the first day of the third Test at St George's Park on Thursday.

England were 224 for four at the end of an attritional day during which South Africa had briefly claimed the advantage.

"It was a very good day for us in the end," said opening batsman Zak Crawley, who made 44 and shared an opening partnership of 70 with Dom Sibley.

England were 148 for four when Stokes and Pope came together, in danger of failing to capitalise on batting first on a placid pitch on a hot, sunny day.

But the pair added 76 without being parted and were able to lift a slow scoring rate after England were able to score only 117 for two in 58 overs before tea. Stokes was unbeaten on 38 at the close while Pope made 39 not out.

"They played brilliantly to put us in a very good position," said Crawley. "If we can get in the late 300s it might be a very good score for us on this pitch."

Crawley said the pitch was slow, which made run-scoring difficult.

"But there wasn't a lot of quick nip so it was tough for the bowlers as well. It was very attritional," he said, adding that the pitch was taking some spin and it would be an advantage for England to bowl last.

Stokes came into the match two days after being named player of the year by the International Cricket Council and on the back of a man-of-the-match performance when England levelled the four-match series by winning the second Test in Cape Town by 189 runs.

Stokes made a shaky start, surviving three reviews by South Africa, two for leg before wicket, one of which was umpire's call, and one for a catch when South Africa thought he had edged the ball onto his pad before it carried to slip.

Kagiso Rabada took two wickets for South Africa but the home team's most impressive bowler was left-arm spinner Keshav Maharaj who took one for 55 in 32 overs.

He bowled an unbroken spell of 30 overs which enabled captain Faf du Plessis to rotate his fast bowlers as England struggled to assert themselves.

"He was brilliant," South African bowling coach Charl Langeveldt said of Maharaj. "He created a lot of chances and kept the run rate down. He looked the most threatening of the bowlers.

"It's hard to get wickets and you have to stay patient. On a slow surface the batsmen can adjust."

Langeveldt said a surprising decision for new cap Dane Paterson to share the new ball with Vernon Philander, instead of the faster Rabada and Anrich Nortje, was motivated by a desire to make the batsmen play more deliveries in the first few overs.

The tactic did not succeed as Crawley and Sibley gave England a solid start before both fell to catches at backward square leg.

Langeveldt said Sibley's wicket was a deliberate tactic based on the way he played in making a century in the second Test.

England brought back fast bowler Mark Wood in place of the injured James Anderson. Wood has not played since the World Cup final in July because of a knee injury but has been working on his fitness since the beginning of the tour.

He has not played in a red-ball match since a Test series in the West Indies last February.