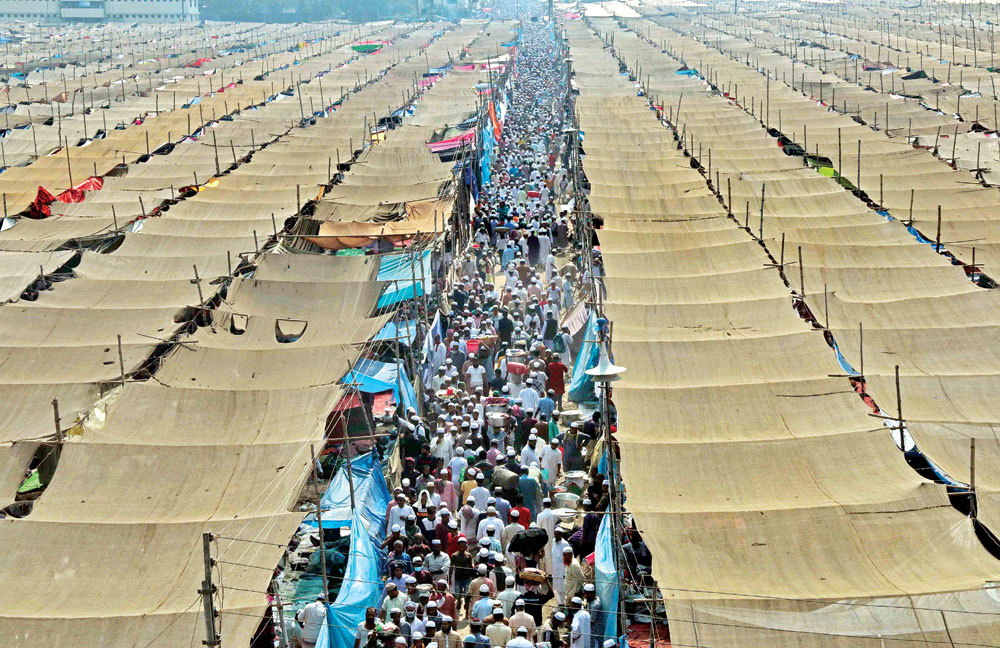 The second phase of the 55th Biswa Ijtema, the largest religious congregation of the Muslims in the country, began on Friday on the bank of the Turag River at Tongi in Gazipur.

The second phase of the Ijtema began with ‘Aam Bayan’ (general sermons) by noted scholars after Fazr prayers that will end with Akheri Munajat (final prayers) on January 19.

The followers of Maulana Saad Kandhalvi are particularly attending in the 2nd phase of Ijtema.

The devotees have already started to throng the venue from different corners of the country.

The Ijtema preparation committee and the local administration have already taken necessary preparation to organise the religious gathering.

Special security measures have been taken for the devotees on the venue, police sources said.

A large number of law enforcers from different law enforcement agencies have been deployed to ensure security for the devotees.

The Bishwa Ijtema has been taking place on the bank of River Turag in Tongi since 1967.