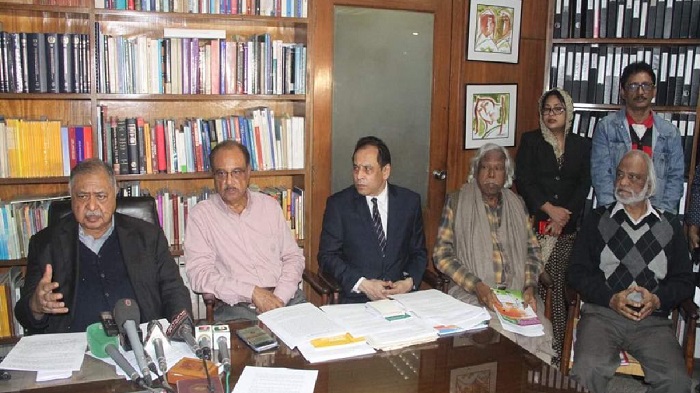 “The government has committed an unjust act by fixing the election date on January 30 as the Saraswati Puja will be held on that day. Such things didn’t happen in the past,” he said.

Dr Kamal came up with the remarks after a meeting of Jatiya Oikya Front’s steering committee at his Motijheel chamber.

He said if the election cannot be held on the Eid day, it should be held on the day of Saraswati Puja either. “I think it’s the government’s failure and negligence.”

On December 22 last, Chief Election Commissioner KM Nurul Huda announced the election schedule for the polls to DNCC and DSCC, fixing January 30 as the voting date.

Meanwhile, an appeal was filed on Thursday with the Appellate Division challenging the High Court order that turned down a writ petition seeking deferment of the January 30 elections as it coincides with Saraswati Puja of the Hindu community.

Dr Kamal said there is no atmosphere for fair elections in two Dhaka city corporations as the ruling party candidates, MPs and ministers are violating the election code of conduct while the Oikya Front candidates are obstructed from carrying out electioneering.

He also said the Election Commission is also not taking any action against those destroying the election atmosphere.

He said their alliance will hold four wayside rallies--two each in Dhaka south and north city corporations--to drum up public support in favour of ‘the Sheaf of Paddy candidates, Ishraque Hossain and Tabith Awal.

The meeting voiced concern over making small investors ‘paupers’ by plundering their money through tricks from the share market.

“The country’s economic condition has become so awful that a father, who was unable to repay a loan of Tk 6,000, handed over his daughter to the creditor for rape.  This incident is a glaring example of the level of people’s helplessness and poor condition when the government is hitting the drum of development,” said a written statement signed by Dr Kamal.