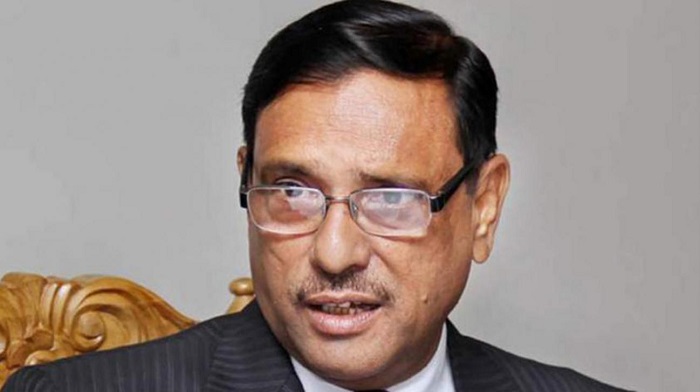 Road Transport and Bridges Minister Obaidul Quader today urged the demonstrators to refrain from movement for deferment of the January 30 city polls by showing respect to the judgment of the court.

“The High Court gave the judgment after considering all aspects . . . everyone should obey the verdict of the court,” he told at a press conference on contemporary issues at the meeting room of his ministry at Secretariat here.

Quader said, “I urge the demonstrators to refrain from movement accepting the verdict of the High Court. Now everyone is passing busy time for holding of the city polls in a festive environment.”

He said the Election Commission (EC) should have been cautious in fixing the polls date as it coincided with Saraswati Puja.

Quader, also Awami League general secretary, said his party (AL) remains alert to the two city corporation elections and party workers have been asked to abide by the electoral code of conduct.

The minister said there is no pressure on the Election Commission from the government. The EC can take any action against the violators of the electoral code of conduct, he added.

About some lawmakers’ demand for “crossfire” for the rapists in the Jatiya Sangsad, Quader said they expressed their personal views in the parliament.

“They expressed their own opinions. That is not the stance of our party or the government. We can’t support encounter or crossfire as it is beyond of the constitution,” he added.