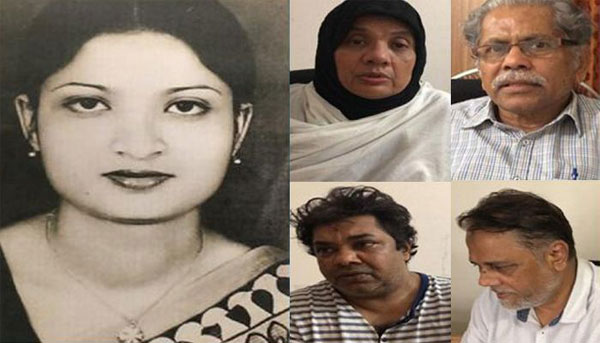 During the investigation, all the four accused given confessional statement narrating the incident.

On Jul 25, 1989, Sagira Morshed Salam was going to pick her daughter from Viqarunnisa Noon School. A gang of muggers tried to snatch her gold bangles and then shot her as she tried to run away. She died on her way to the hospital.

During the investigation, Montu and the then home minister’s extended family member Maruf Reza were arrested, but Maruf’s name was dropped from the chargesheet, the plaintiff had complained.

Then the trial court on May 23, 1991 directed police to further investigate the murder case.

The High Court issued a six-month stay order on further inquiry and trial proceedings on the case on Jul 2, 1991 following a revision petition filed by Maruf Reza. It also issued a rule asking why the order of further investigation will not be dismissed.

On Aug 27, 1992, the court issued another stay order on trial proceedings until the issuance of an order on the previous rule.