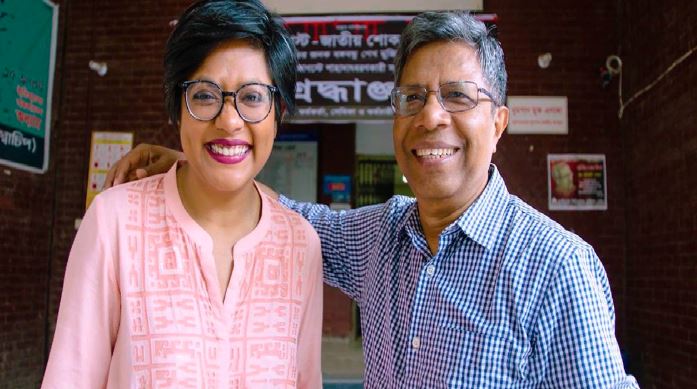 Microsoft founder Bill Gates has heaped praise on a Bangladeshi father-daughter microbiologist duo for their works to reduce child mortality in Bangladesh.

“Together, the father–daughter team is a dynamic duo of global health,” Gates wrote on his personal blog GatesNotes on Jan 14.

He said they are working to close the gap in healthcare delivery between low-income countries, where child mortality is high, and wealthier countries, by using data, state-of-the-art diagnostics, and vaccines to battle infectious diseases.

“Their research is not only being used in Bangladesh, but by other countries in South Asia facing similar health challenges,” Gates wrote.

Samir helped found the CHRF to reduce child mortality in Bangladesh and other countries.

Gates said that thanks to the work of CHRF, along with strong support for childhood immunisation and healthcare by the government, Bangladesh continues to push down its under-5 mortality rate and improve overall healthcare delivery.

Vaccine coverage in Bangladesh has now reached 98 percent, he noted.

Samir, who also heads the department of microbiology at the Dhaka Shishu Hospital, played an instrumental role in helping Bangladesh introduce vaccines for meningitis and pneumonia, two major childhood killers.

Senjuti, on the other hand, focuses on finding simpler ways to diagnose illnesses in poor countries that affect newborns and children. In 2017, when there was an unexplained spike in meningitis among children in Bangladesh, she was able to unravel the mystery by analysing the genetic material of the children.

She has since set up a low-cost diagnostic tool in Bangladesh to help the country quickly address future outbreaks of meningitis and other deadly diseases.

Gates noted that the information the Sahas are gathering from their research is critical for Bangladesh. The data CHRF gathers is not only helping the government to formulate policies but also being used to design new vaccines.

“If Bangladesh can do more to prevent diseases, however, it can free up resources to focus more on the illnesses that can’t be prevented. Thanks to the work of Samir and Senjuti, Bangladesh is moving toward a future of fewer infectious diseases and more available hospital beds,” Gates wrote.