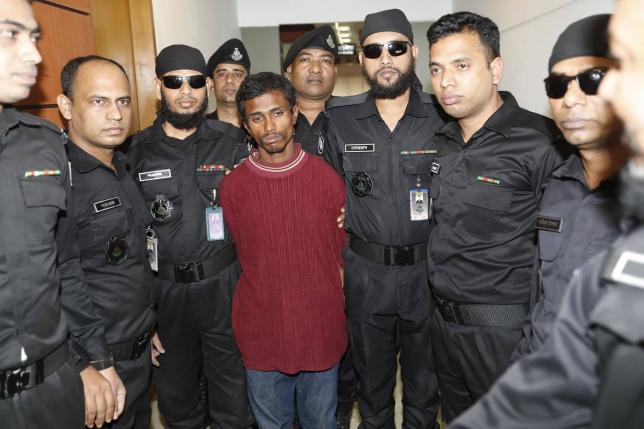 Earlier on January 9, Majnu was placed on a seven-day remand by a Dhaka court after Detective Branch (DB) of Police produced the accused before the court.

Rapid Action Battalion (RAB) arrested Majnu from Shewra area in Dhaka on January 8. Later, the elite force handed him to the detectives.

A second-year student of Dhaka University was raped and tortured in the capital’s Kurmitola area on the night of January 5. She was walking from Kurmitola bus stop to a friend’s house in a nearby area around 7:30pm on that night.

Soon after getting down from the university bus, someone grabbed her from behind, gagged her and took her to an isolated place nearby where she was tortured and raped.

The rape incident sparked a firestorm of protests and condemnations across the country. The victim’s fellow students at Dhaka University took to the streets, demanding the rapist’s immediate arrest. They were later joined in by students in other districts.