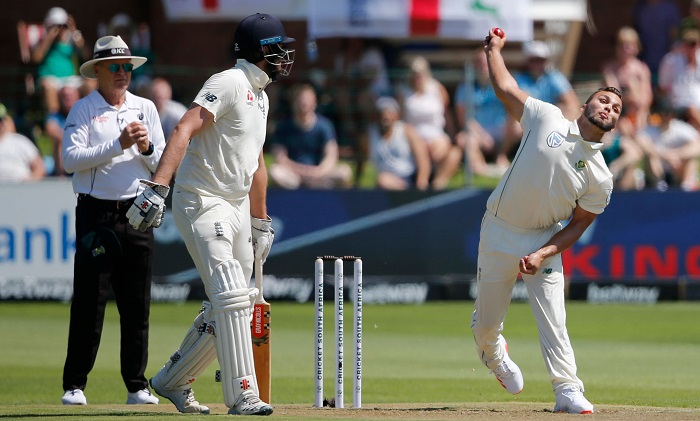 England won the toss and decided to bat in the the third Test against South Africa at St George's Park on Thursday.

"It looks a good surface, a bit dry underneath," said England captain Joe Root, who had no hesitation in batting on a hot, sunny day.

Wood has not played since the World Cup final in July because of a knee injury but has been working on his fitness since the beginning of the tour.

He hasn't played in a red-ball match since a Test series in the West Indies last February.

Root said fellow fast bowler Jofra Archer still felt some soreness from the elbow injury which kept him out of the second Test.

Du Plessis said a slight south-easterly breeze could aid swing but added: "I probably would have batted first."

"He's a skiddy bowler who hits the top of the stumps," said Du Plessis.

The four-match series is locked at 1-1.