Trump 'knew exactly what was going on', Giuliani aide claims 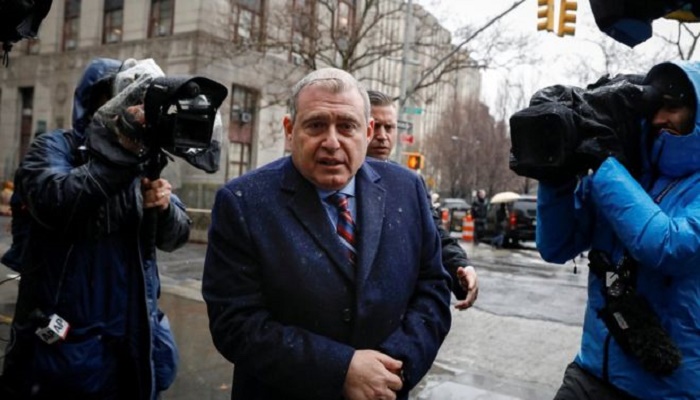 An aide to Rudy Giuliani claims President Trump "knew exactly what was going on" regarding efforts to pressure Ukraine into investigating former Vice-President Joe Biden and his son.

Lev Parnas, a close associate of Mr Trump's lawyer, made the comments in an interview with MSNBC.

The intention was to damage a potential Democratic rival to President Trump.

The president denies the allegations.

Donald Trump was impeached in the US House of Representatives last month and is accused of abuse of power and obstruction of Congress. The case was sent to the Senate on Wednesday, where a trial is set to be held.