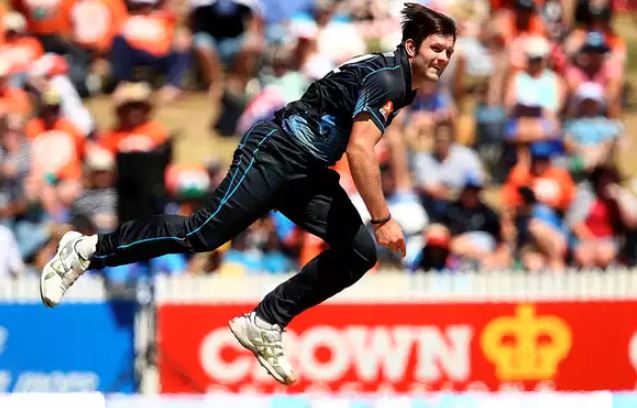 Hamish Bennett is in line to make his T20I debut next week, nearly three years since his last appearance for New Zealand. The 32-year-old medium-fast bowler was named on Wednesday in a 14-man squad led by the returning Kane Williamson to take on India in a five-match series.

Bennett's recall was necessitated by the team's ongoing injury crisis in the ranks. Besides Trent Boult and Lockie Ferguson, who have been sidelined with injuries sustained during the tour of Australia, New Zealand are missing Matt Henry (thumb), Doug Bracewell (knee), Will Young (shoulder), Adam Milne (ankle), Tom Latham (finger) and Seth Rance (Achilles tendon).

Bennett thus joins an attack featuring Tim Southee, Scott Kuggeleijn and Blair Tickner. Ish Sodhi and Mitchell Santner are the two spinners in this squad. Chief Selector Gavin Larsen said Bennett's inclusion was just reward for his form in the ongoing SuperSmash T20 league, where he has so far returned 14 wickets from 10 games at 7.06.

"We're delighted to have Hamish back in the fold for what will be a huge series against India," Larsen said. "Over the past few seasons he's consistently been one of the top domestic white-ball bowlers and we've been impressed how he's been able to evolve his game.

"We all know he brings good pace and bounce but it's the clever variations he's added that make him such a well-rounded T20 bowler."

Meanwhile, Williamson returns to skipper the side after missing the T20I assignment against England with a hip injury. Tom Bruce - the A team captain - will be available for the final two games of the series, swapping with Colin de Grandhomme. James Neesham hasn't been included in the squad but will join up with the 'A' side to play the one-dayers against India A. Daryl Mitchell, however, keeps his place.

"We see both Daryl and Jimmy as important all-rounders in the T20 format. With a travelling squad of just 13 and the need to balance the options for the series, Daryl gets this opportunity against India as a reward for his consistent form for the Black Caps," Larsen said.

"The next few weeks will be really intense for our elite male cricketers and we're fully aware of the challenges ahead. We're clearly wanting to win the series in front of us while also considering our wider T20 World Cup campaign plan."