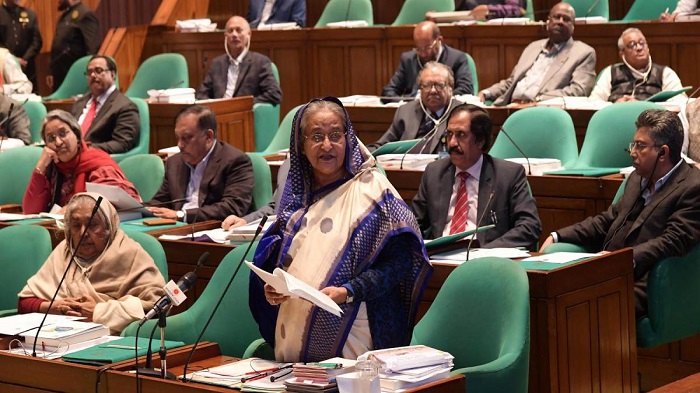 Prime Minister Sheikh Hasina on Wednesday said there is a possibility that 4 crore people of 70 upazilas in the country’s 19 districts might be displaced due to climate change.

“The average temperature of Bangladesh has increased by one degree in May and 0.5 degree in November in recent times due to the climate change,” she said while replying to a query from Awami League MP Shahiduzzaman Sarker in Parliament during her question-answer session.

The Prime Minister said salty water of the sea is now entering 100 kms into rivers during the summer following the impacts of climate change.

“The average rainfall has increased. Especially, excessive rainfall in a short time causes waterlogging in town areas. The trend of cyclone in the Bay of Bengal has also. The rough sea has caused adverse impacts on the livelihood of fishermen,” she said.

Sheikh Hasina also said the environmental balance has also been affected due to climate change. “That’s why we don’t see any variation among different seasons as in the past.”