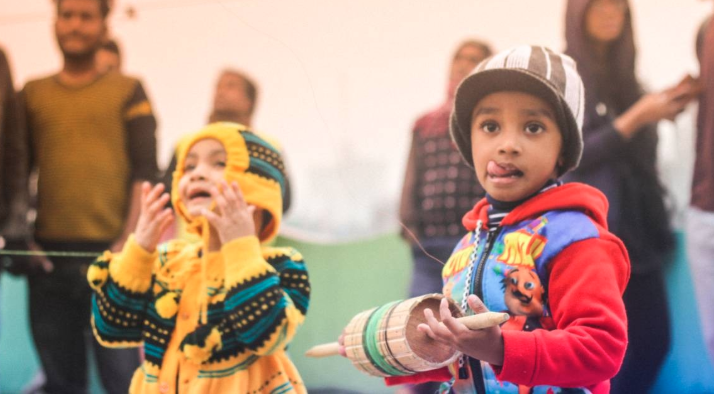 ‘Old Dhaka’ is an important destination for many to enjoy traditional food. Apart from flavourful dishes, one annual festival is also there which is known as ‘Shakrain’ or ‘Paush Shankranti’ that draws people in large numbers.

The festival, usually takes place on January 14-15 every year, is also known as Makar (Capricorn) Shankranti. This marks the end of Bangla month of 'Paush'.

The original fest predates some 250 years when the area where it is now celebrated was used as a place to fly kites as part of month-end celebrations.

Despite having the opportunity of virtual presence due to social media, many people get together at the old part of Dhaka to enjoy the festival. Either arranged by local private organisations or by social clubs, the festival draws a high number of crowds from all over Dhaka.

Likewise, the residents of Old Dhaka wait eagerly to welcome them with open arms. The core area of the festival sees an uncountable number of kites across the sky in the afternoon which is followed by fire-breathing and DJ shows. The latter two obviously give the festival a wider appeal.

Kaikobad Chowdhury, a resident of Khilgaon, was found on one of the rooftops in Shyambazar area.

"Honestly, I barely know who owns this building or who accommodated me and my friend here, but I'm glad that we are here. This is an experience of a lifetime," he said while talking to UNB while expressing his feelings.

One of the fire-breathers, Mostaque, told UNB that this is the most favourite part of the festival.

"The fire does no harm if you know the techniques. Entertaining my friends and family with this act is a satisfying experience," he said.

The boatload of fireworks and sky lanterns is another key feature of this colourful festival.

Ashraf Mahmud, a resident of Sutrapur, said the festivity reaches new heights when people from outside Old Dhaka join it spontaneously.

"In a way, the festival helps us introduce the vibrant culture of Old Dhaka to others," he said.

Streets across Old Dhaka witness a gridlock due to the overwhelming presence of visitors, and it is perhaps the only negative aspect of this joyous festival.

The festivity launched by Old Dhakaites has reached a structured shape to be part of the culture of the capital which is important to recognise the root of Bangladesh.