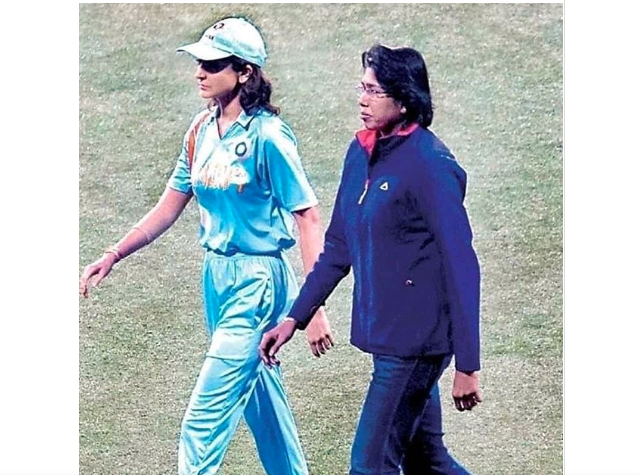 When Sony announced a biopic of former cricketer Jhulan Goswami in 2017, it failed to follow up with a casting decision. This week, that might have been addressed, albeit unofficially. Actress Anushka Sharma has been trending since yesterday after pictures of her with Jhulan Goswami surfaced on Instagram fan pages, prompting speculation that the biopic had finally found its reel Jhulan. No formal announcement has been made yet but the Internet certainly cannot think a good reason for the actress and the former women's cricket team captain to be hanging out together.

In the pictures, Anushka Sharma and Jhulan Goswami can be seen walking around on the cricket pitch at what appears to be the Eden Gardens in Kolkata with cameras in front of them. The Sui Dhaaga actress can be seen sporting the old Indian cricket team jersey in the pictures. Despite the lack of official confirmation, the viral photos have got fans excited already.

Part of the excitement hinges on the fact that the actress is married to cricketing hero Virat Kohli. A comment from one of Anushka Sharma's fans read, "It will be great to see Anuska as cricketer. Excited and can't wait." Others are convinced that the film will be a "blockbuster." An excited fan posted in the comments section: "Finally she's back with a cricket film."

Anushka's fan pages have been flooded with these pictures: