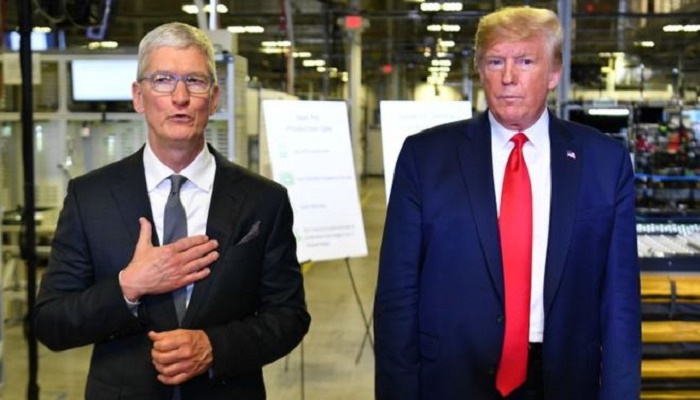 US President Donald Trump has launched a fresh attack on Apple.

He tweeted that the company was refusing to unlock iPhones "used by killers, drug dealers and other violent criminal elements".

On Monday US Attorney General William Barr accused Apple of not being helpful in an inquiry into a shooting that is being treated as a terrorist act.

It is the latest in a series of clashes between the White House and technology giants over access to data.

Mr Trump accused Apple of refusing to co-operate with investigators despite his administration helping the company on trade and other issues.

The president's comments came a day after Mr Barr said Apple had failed to provide "substantive assistance" to unlock two iPhones in an investigation into a fatal shooting at a naval base in Pensacola, Florida.

Three US sailors were killed when a Saudi trainee at the base opened fire on December 6.

Apple said it rejected the claim that it had failed to help officials in their investigation.