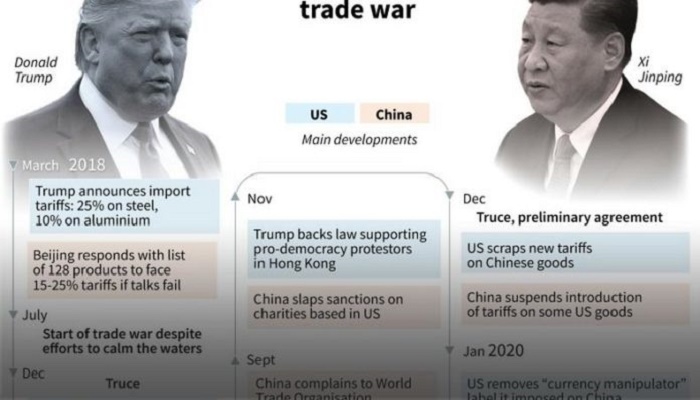 The world’s two dominant economic powers, the United States and China, are poised to sign a trade truce Wednesday that will allow businesses around the globe to breathe a sigh of relief.

Although tariffs on hundreds of billions of dollars of two-way trade will remain in place, likely at least until after US President Donald Trump faces reelection in November, some of the uncertainty will go away.

And just as he is about to face an impeachment trial in the US Senate, Trump will be able to crow about a victory with his “phase one” agreement that includes pledges from China to beef up purchases of American crops and products, at least in the short term.

That has boosted stock markets worldwide in recent days, as it takes the threat of new tariffs off the table for now.

US officials have said they will release details of the agreement set to be signed at a White House ceremony on Wednesday.

US and Chinese officials say the agreement includes protections for intellectual property, and addresses financial services and foreign exchange while including a provision for dispute resolution, which Mnuchin said will be binding for the first time.