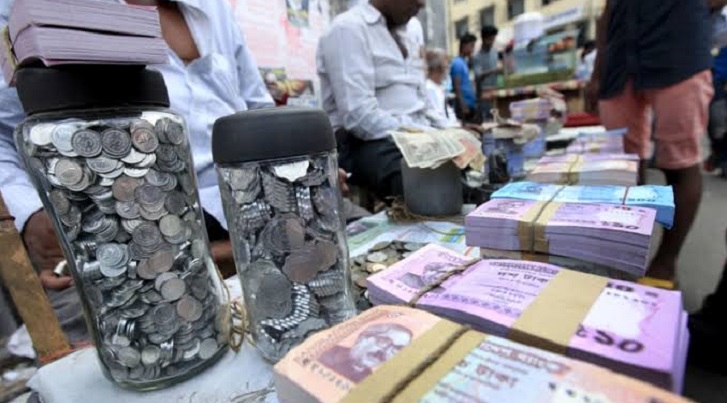 Operational profits of most of the country’s banks increased in 2019, despite a sloth in new investments during the period, analysts said, while the Islamic Bank Bangladesh Ltd. was on the top in making operational profits with Tk. 28.75 billion.

The banks were able to make such profits as they charged high inertest rates, which is an obstacle for growth of local manufacturing industries. But analysts said it will hurt Bangladesh’s economic growth.

According to the central Bangladesh Bank (BB) data, private sector credit growth was the lowest in a decade in 2019. On the contrary, the classified loan was beyond control.

However, if the banks charged lower interests it would help in growth of local small and medium entrepreneurs which are the main strength of the country’s growing economy, he said on condition of anonomity.

Fresh opening of import Letter of Credits (LC) during July-August, 2019 decreased by 9.90 percent as compared to the same period in the previous year and stood at $9.03 billion.

Of the sectoral distribution of total LCs opening, the share of industrial raw materials is 30.33 percent, machinery for miscellaneous industry is 13.76 percent, consumer goods is 11.54 percent, intermediate goods is 8.37 percent, petroleum and petroleum products is 7.69 percent, and capital machinery is 7.76 percent during July-August, 2019.

Despite a fall of different financial indicators, the commercial banks’ operational profit increased in 2019 as they charged 12 to 14 percent interest on laons.

Among the private commercial banks Islami Bank Bangladesh Limited is at the top of operational profit. In 2019 the bank has made a profit of Tk. 28.75 billion

According to the central bank data Islami Bank Bangladesh Limited has made a profit of Tk28.75 billion in 2019 which was Tk 27.7 billion in 2018.

The Publi Bank limited also received good operating profit. The bank has made a profit of Tk 10.5 billion in 2019 which was 10.1 billion in previous year.

Managing director of Southeast Bank Kamal Hossain is not satisfied in the profit growth.

He said the management did not receive the profit as expected as the industrial sector did not growth as per desired.

The National Bank Limited, the first category’s bank in the country, can not do better, but the time is not good for the bank due to raising its classified loan. The bank is plunging into debt. The profit of National Bank has declined in 2019. The bank’s operating profit has stood Tk 9.48 billion though it was Tk 12.29 billion in 2018.

ASM Bulbul, Additional Managing Director of the National Bank, said that the process of completely dismantling the bank is in progress.

“As per expectation, we could not make a profit; however, all the products of the bank are being re-arranged. All services are being digitized. Hopefully, the benefits of the reform will be realized within the next year,” he said.

Bank Asia received good operating profit in 2019. The bank received a profit of Tk 9.4 billion which was Tk 8.11 billion.

Bank Asia is on the path to prosperity even in times of product diversification crisis, said Managing Director Arfan Ali.

“Inclusive banking activities have strengthened our balance sheet, and Bank Asia will do better in coming years,” he said.

In this regard, the Managing Director (MD) of the bank Masur Arefin said, “City Bank has done well in the crisis period also. That’s good. In the future, City Bank will be on the path to prosperity.”

In the last few years the private sector AB Bank Limited can not do better. But the first private sector bank has able to reduce 50 percent of its classified loan. The bank made profit of Tk3.3 billion in 2018 which is become double in immediate past year.

The profit has become doubled in the last year, said Tareq Afzal, Managing Director of AB Bank. He said defaulted loans of AB Bank were down 50 percent.

The other indicators of the bank have also undergone major positive changes. Soon AB Bank will walk the path of prosperity with a bright image, he said.

NCC Bank has also seen huge growth in operating profit. The bank made operational profit Tk 7.52 billion in 2019 which was Tk 6.24 billion in the previous year.

The bank’s operating profit in the first quarter was Tk 120 crore. In the departing year

Shahjalal Islami Bank has had good success among the banks based of the Islamic Shariah. The bank has made a profit of Tk 6.53 billion in 2019 which was Tk 475 billion in the previous year.

In this regard Managing Director of the Muhammad Shahidul Islam Bank said, “I have sought to increase the quality of the assets management of the bank by controlling classified loan, he hoped to be better in the current year.”

Al-Arafah Islami Bank has also increased its operating profit. The bank made a profit of Tk 8.01 billion in 2019 that was Tk 6.24 billion in the previous year.

First Security Islami Bank made operational profit of Tk 5.9 billion which was Tk 5.43 billion in 2018.

Mercantile Bank has also seen good profit growth in 2019. The bank has made a profit of Tk 7.53 billion that was Tk 6.73 billion in the previous year.

Managing Director of Mercantile Bank Kamrul Islam Chowdhury said, the profit margins have been boosted by the combined efforts of all involve with the bank, in the  current year the bank will be able to keep the classified loan under control.