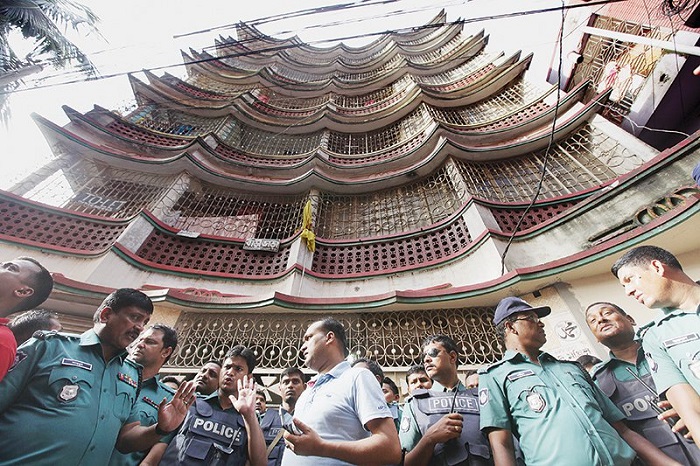 A Dhaka court  set February 6 next for hearing on charge framing against 10 suspected members of the banned militant
group Jama’atul Mujahideen Bangladesh (JMB) in the Kalyanpur militant den case.

The hearing on charge framing in the case was scheduled to be held today. As judge Md Majibur Rahman of the Anti-terrorism Special Tribunal of Dhaka is on leave, acting judge of the court Munir Kamal fixed new date of the hearing, Peshkar of the tribunal Ruhul Amin said.

Of them, Azadul is on the run while Abdur Rouf and Abul Kashem are now on bail. The other accused are in jail custody.

According to the case statement, on July 26, 2016, police came across a militant hideout and nine militant suspects were killed after a gun battle. Regan was captured with injuries while trying to flee.

On April 11, 2019, Inspector Jahangir Alam of Counter Terrorism and Transnational Crime unit of police submitted a charge-sheet before a Dhaka court against 10 suspects.

Regan and Sagor were among seven militants, who were handed death penalty by a Dhaka court on November 27, for their involvement in the Holey Artisan Bakery attack, which left 22 people, including 17 foreigners, dead.