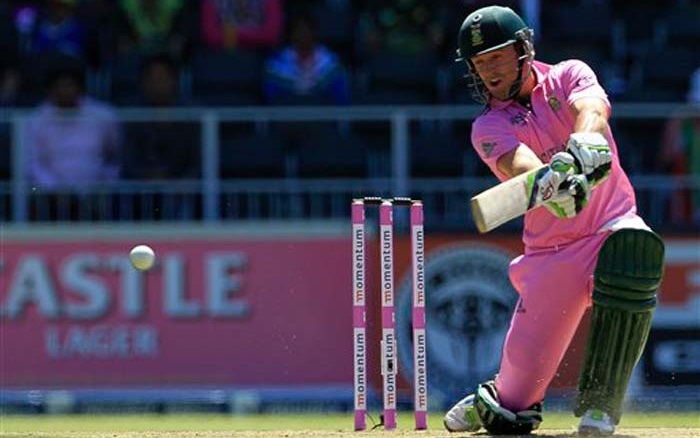 AB de Villiers has added fuel to the fire regarding his possible comeback from international retirement to play in this year's T20 World Cup, scheduled for October-November.

De Villiers, who made his Big Bash League debut with a 40 off 32 in a win for the Brisbane Heat, reckoned he'd "love to" come out of retirement for the showpiece event, and that he's been in touch with the new support staff and the captain about such a possibility.

"I would love to. I've been talking to 'Bouch' (new South Africa coach Mark Boucher), (new director of cricket) Graeme Smith and (captain) Faf (du Plessis) back home, we're all keen to make it happen. There's a lot that needs to happen before that becomes reality," de Villiers was quoted as saying by Cricket.com.au.

This comes less than a month after Faf du Plessis admitted that such a conversation was ongoing in the background to bring back the swashbuckling batsman.

Despite de Villiers walking away from the international game in 2018, discussions and murmurs around his possible return have just not died down. The talk of de Villiers being interested in a last minute U-turn before the 2019 World Cup and the board rebuffing his advances left South Africa players - and du Plessis particularly - answering a lot of questions about his childhood friend in nearly every press conference at the tournament. South Africa suffered an abysmal World Cup and the messy de Villiers affair worsened the situation for them.

Yet the door still seems to be left ajar for the 35-year-old, as head coach Boucher revealed in his first press conference since taking over: "When you go to a World Cup, you want your best players playing for you. If I feel he is one of your best players, why wouldn't I want to have a conversation with him?"

The positive sign this time though, is that CSA has enough time to make an informed decision. Should they entertain thoughts of throwing him into the mix in the T20 World Cup, then an earlier comeback could be on the cards to prove his form and fitness. South Africa are set to play six T20I against England and Australia at home in February, and five more against the West Indies in August.