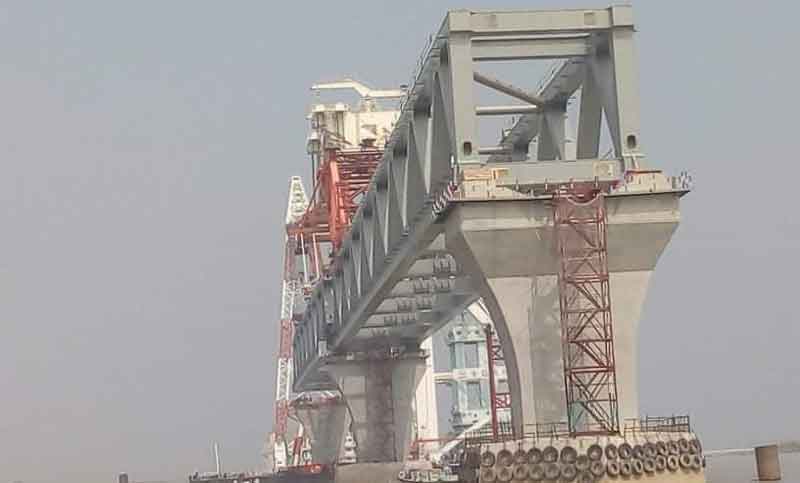 The 21st span of the much-awaited Padma Bridge was installed on Tuesday afternoon.

With this installation, 3.15-km of the mega structure has now been visible.

The 21st span among the total 41 was placed between the 32nd and the 33rd pillars at the Jajira point of the bridge around 3.00 pm, said Dewan Abdul Quader, an executive engineer of the Padma Bridge Project.

The authorities have planned to install three spans every month and all of 41 spans will be installed by July 2020.

In the meantime, 33 spans have arrived at Mawa from China while two spans are on the way.

The works of constructing six more spans are going on in China, said Dewan adding that all of the 41 spans will arrive here by March.

On December 18 and 31, the 19th and 20th spans were installed respectively.

Road Transport and Bridges Minister Obaidul Quader on Monday said all the spans of the Padma Bridge will be installed by July 2020.

He also said the bridge will be opened to traffic by 2021.

Once in operation, the Padma Bridge, Bangladesh’s largest infrastructure project till date, will connect 21 southern districts with the capital and boost the GDP by 1 percent.