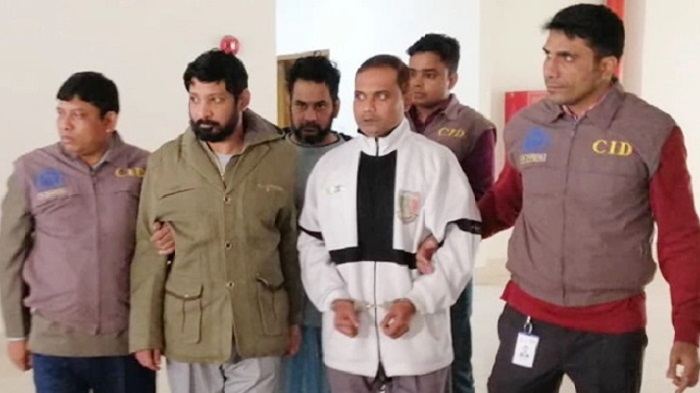 A Dhaka court on Tuesday placed Gendaria thana Awami League (AL) vice-president Enamul Haque and his brother Rupon Bhuiyan on a four-day remand in connection with a case filed under Money Laundering Act.

The court also placed their close aide Sunny Mostafa on a three-day remand in the same case.

Dhaka Metropolitan Magistrate Rajesh Chowdhury passed the order after police produced the trio before the court with a ten-day remand prayer for each.

Earlier on Monday, a team of Criminal Investigation Department (CID) arrested Enamul and Rupon, Gendaria thana AL, from a house in Sobatta area of Keraniganj for their alleged involvement in casino business.

The duo was hiding in the house of one of their employees in Sobatta area. The CID team also seized 12 mobile phone sets and Tk 40 lakh from their possession, he said.

They remained absconding since law enforcers raided their house at Gendaria in September last year and seized 8,072 grams of gold and Tk 5.5 crore in cash, Imtiaz said.

Four money-laundering cases were filed against them, he added.

Investigation showed that the siblings have 22 houses, mostly in old part of the city, 91 bank accounts where they have Tk 19 crore, and five cars, the DIG said.