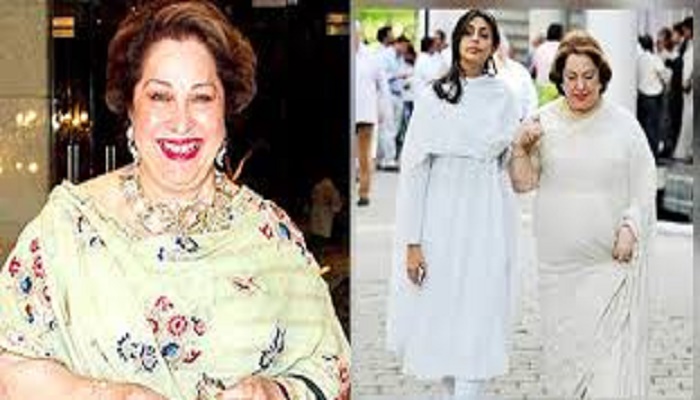 Ritu Nanda, entrepreneur and daughter of late Bollywood actor-filmmaker Raj Kapoor, passed away on Tuesday in New Delhi of India. She was 71.

Ritu is the sister of Rishi Kapoor, Randhir Kapoor and Rajiv Kapoor. Randhir confirmed the news with indianexpress.com.

“Ritu Nanda passed away early morning today. She was suffering from cancer. We are in Delhi. The funeral is today,” Randhir told indianexpress.com.

Members of the Kapoor family took to their social media handles and shared tributes for Ritu Nanda.

Born in 1948, Ritu, an entrepreneur associated with the life insurance business, was married to late industrialist Rajan Nanda.

Their son Nikhil Nanda is married to Amitabh Bachchan’s daughter Shweta. She is the grandmother of Navya Naveli Nanda and Agastya Nanda.

Bachchan also took to his blog and wrote on Tuesday morning, “My ‘samdhan’ Ritu Nanda, Shweta’s Mother in Law passed away suddenly at 1.15 Am .. cannot communicate .. travelling”