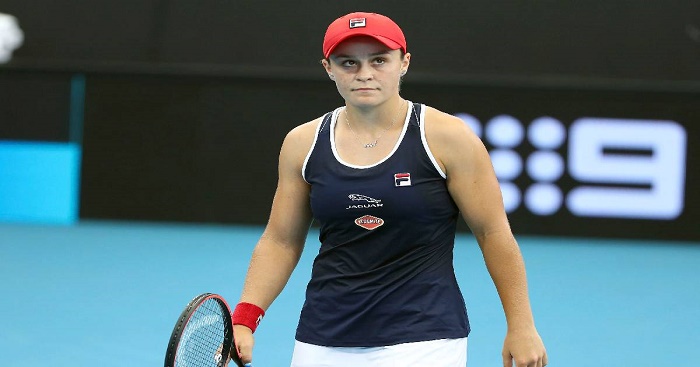 If 2019 was a breakout year for No. 1-ranked Ash Barty, the Australian star is finding 2020 to be an early challenge.

After losing in her first appearance at last week's Brisbane International, Barty appeared to be cruising in the final set of her second-round match against Anastasia Pavlyuchenkova on Tuesday at the Adelaide International.

Up 5-2, French Open and WTA Finals champion Barty lost three games in a row before breaking the Russian player in the 11th game, then serving for the match for the third time, finally prevailing for a 4-6, 6-3, 7-5 win.

Pavlyuchenkova missed an overhead backhand at the net to help give Barty the late break, then hit a backhand long on Barty's first match point.

"I think I was able to find something at the end," Barty said. "Credit Anastasia, we've always had very close ones, she pretty much controlled the whole match."

Barty, who received a first-round bye, advanced to the quarterfinals with the win and will aim to improve on her starts and finishes before the Australian Open begins next Monday in Melbourne.

No. 201-ranked Rodionova, a 30-year-old who endured two three-set wins in qualifying just to reach the main draw, was in control from the first game when Stephens lost her serve.

"Ï was pretty relaxed today," Rodionova said. "From winning those two really tough matches in qualifying, I feel like I deserve to be in the main draw."