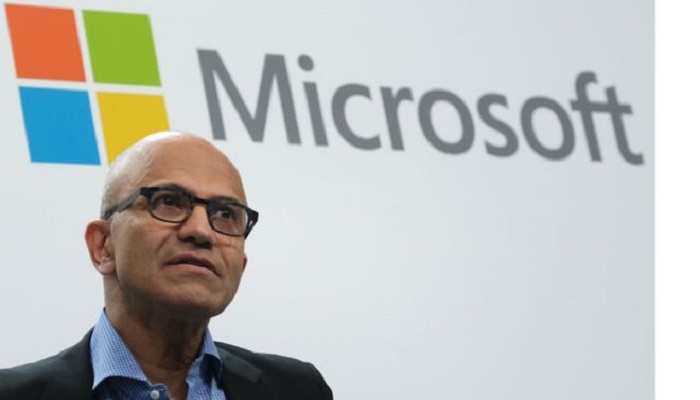 The India-born executive said what is happening is "sad" and he would love to see a Bangladeshi immigrant succeed in the country's technology industry.

His comments come amid ongoing, sometimes violent, protests against the law.

The Citizenship Amendment Act (CAA) has been criticised as it is seen as discriminating against Muslims.

Speaking at a Microsoft event for editors in New York, Mr Nadella said: "I think what is happening is sad, primarily as sort of someone who grew up there... I think it's just bad," according to BuzzFeed.

"I would love to see a Bangladeshi immigrant who comes to India and creates the next unicorn in India or becomes the next CEO of Infosys," he said.

Mr Nadella grew up in Hyderabad - India's technology hub - but is now an American citizen.

The CAA, which was implemented on 10 January, fast-tracks citizenship applications by non-Muslims from India's neighbouring Muslim-majority nations of Pakistan, Afghanistan and Bangladesh.

The legislation has triggered weeks of sometimes violent protests in the world's second most populous country.

Huge demonstrations have been held in the capital Delhi, as well as in the major cities of Mumbai, Kolkata (formerly Calcutta), Bangalore and Hyderabad.

Protests in the northern cities of Kanpur and Muzzafarnagar saw violence and several deaths.