Farooki wants more events like DIFF ‘all around the country’ 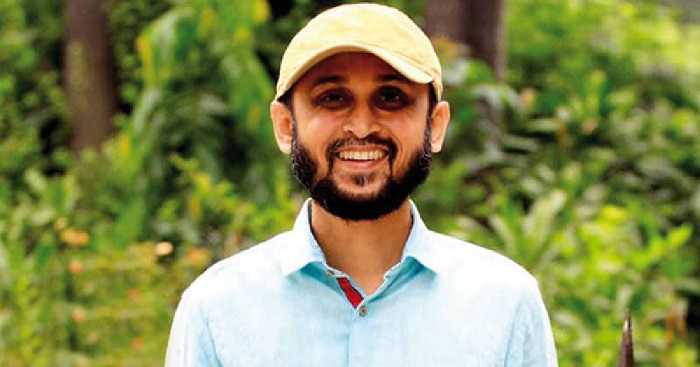 Emphasising  the importance of hosting an international-standard film festival like the Dhaka International Film Festival (DIFF), one of the country’s leading contemporary filmmakers Mostofa Sarwar Farooki has said the local cinema sector would only stand to benefit from more such events becoming part of the social calendar of Bangladesh.

Farooki is officially participating as a member of the jury for the Asian Films Competition Section – one of nien competitive sections under which awards will be distributed at this year’s festival according to organisers Rainbow Film Society (RFS). He spoke with United News of Bangladesh (UNB) on the sidelines of the inauguration ceremony of the 18th DIFF at Bangladesh National Museum on Saturday.

Thanking the RFS president as well as DIFF Director Ahmed Muztaba Zamal (Shovon), Farooqi said, “Despite having so many difficulties and roadblocks, organisers like Shovon have been arranging this festival every year and that is highly appreciable.”

“Festivals are important for the cinema of every country in the world, because this is the place where filmmakers can learn and grow. In order to help aspiring filmmakers, more festivals like DIFF should take place all around the country,” Farooki added.

Talking about a release date for his next feature, the much-anticipated film starring Nawazuddin Siddiqui alongside Tahsan Khan, who came to prominence many years ago as the vocalist for the short-lived but acclaimed Dhaka-based band Black, Farooki informed UNB that the shooting of the film is ongoing and the tentative release will be at the end of 2020.

Farooki has been a celebrated television drama director with his popular drama series such as ‘51 Borti’, ‘69’, ‘420’, telefilm ‘Choruibhati’ and more. His body of work addresses themes such as middle-class angst, urban youth romance, deception-hypocrisy and frailty of individual, frustration about the confines of one's culture, conservative Muslim concepts of guilt and redemption, among others.

He debuted as a filmmaker with his 2004 Bangladeshi comedy-drama-romance film ‘Bachelor’, featuring an ensemble cast with prominent actor Humayun Faridi, Hasan Masood, Ferdous, Aupee Karim, Jaya Ahsan, Shabnur and others. He is also the founder of ‘Chabial’, a troop of young aspiring directors who are now established in Bangladesh’s entertainment sector as content creators.