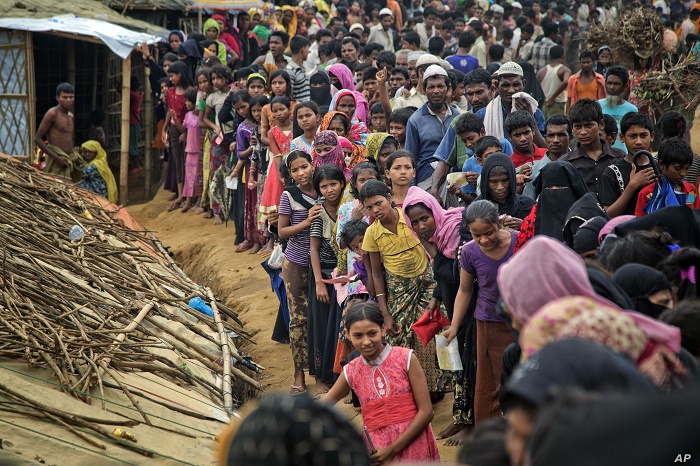 Bangladesh has urged Asean and the international community to remain engaged with the Rohingya issue for the "safe, dignified and voluntary" repatriation of Rohingyas to their place of origin in Myanmar's Rakhine State.

If such a crisis remains unresolved for a long time, it may harm the regional peace, stability, prosperity and development, Bangladesh said.

"Bangladesh seeks support from all Asean members to remain engaged with the issue," said Muhammad Faruk Khan, Chairman of the Parliamentary Standing Committee on Foreign Affairs, in a recent interview with Khmer Times while visiting Cambodia.

He said Asean countries may be encouraged to engage in meaningful dialogue with Myanmar as an impetus for Rohingya repatriation and reintegration into their homeland as both Myanmar and Cambodia are members of Asean.

Bangladesh is now hosting over 1.1 million Rohingyas in Cox's Bazar and most of them entered Bangladesh since August, 2017 amid military crackdowns against Rohingyas in Rakhine State.

Faruk Khan said a nine-member delegation, led by Chan Aye, the Myanmar Foreign Affairs Ministry’s  International Organisations and Economic Department director-general, visited Bangladesh from December 17 to 20 with a view to having close interactions with Rohingya representatives at camps in Cox’s Bazar and inspiring them to return to their homeland in the northern Rakhine state.

The Myanmar delegation was accompanied by six members from the Asean-ERAT [Asean Emergency Response and Assessment Team] tasked with informing Rohingyas about the progress made in infrastructural developments in Rakhine.

This was the third round of discussions on the issue.

While Myanmar was focusing too much on physical facilities, Faruk Khan said, the Rohingya continued to emphasise the need to address their concerns about rights, safety and security if they return.

He said Myanmar maintained a rigid position on core concerns of Rohingya just as during the preceding two occasions.

Faruk Khan said every repatriation issue is unique in nature and so is the Rohingya crisis.

The Rohingyas, as an ethnic minority in Myanmar, have sustained systematic persecution over a long period of time, he said adding that addressing the core concerns of the Rohingya crisis is the only way towards a durable resolution of the crisis.

"We’ll appreciate if Cambodia wishes to help Myanmar with their experiences for the sustainable repatriation of the Rohingya back to their homeland," he said.

"It’s an honour to register that with the help of the international community, we have successfully handled the humanitarian emergency without any single casualty and are now efficiently managing all sorts of humanitarian assistance, including shelter, food, health, water and sanitation," he said.

Faruk Khan said Bangladesh is not in a position to shoulder the burden for an indefinite period.

"The Rohingya crisis originated in Myanmar and the resolution lies with them. It’s essential to adequately address the root causes and core concerns of the Rohingya for safe and sustainable repatriation," he said.