Mashrafe in doubt for eliminator clash after hand injury 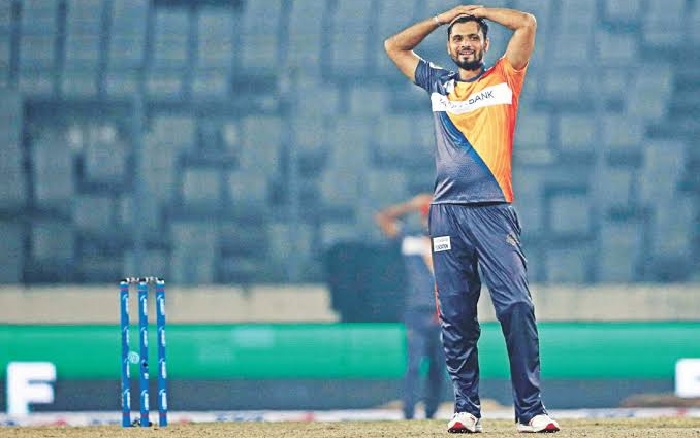 Dhaka Platoon could be in for a big blow ahead of their eliminator against Chattogram Challengers in the ongoing Bangabandhu Bangladesh Premier League with uncertainty looming over the availability of captain Mashrafe Mortaza.

Following an injury while fielding against Khulna Tigers in the final group game on Saturday, Mortaza was forced to have 14 stitches on his left hand.

"His participation in our next game is certainly uncertain as he needed 14 stitches on the palm of his left hand trying to take an difficult catch of Rossouw," Platoon manager Ahsanullah confirmed to Cricbuzz after Mashrafe received the required medical attention following the incident.

"But he is still not giving up all hope and insisted that he will give one last try before the game to make himself available. He is eyeing to make it possible [playing] as he did not injured his bowling hand but as far as we are concerned chances are very slim as far as playing in the eliminator on January 13," he said.

The incident took place during 11th over of the match when Mortaza tried to grab a chance provided by Rilee Rossouw by attempting to hold the catch that went up when the South African tried to bisect through the cover region with a full-fledged drive. He appeared to be in agony while walking away with the physio and did not return back afterwards.

Tamim led the team in the absence of Mortaza during the remaining part of the game that was eventually won by Khulna Tigers by eight wickets to finish at the top of the points table after the group phase of the competition.