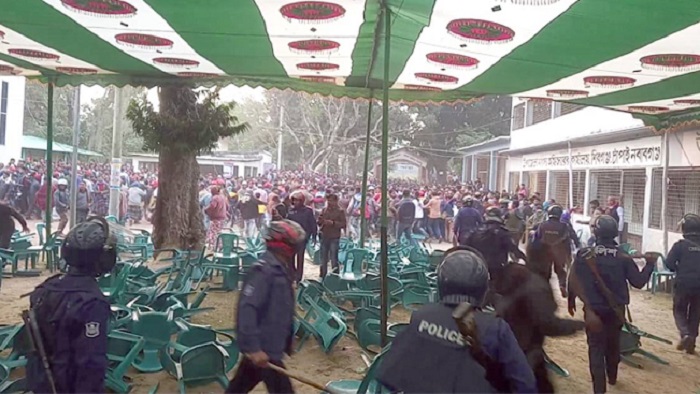 A dispute over seating arrangement at the ‘Mujib Borsho’ programme in Shibganj of the district reportedly triggered a factional clash that left at least 10 people injured on Friday.

Police rushed to the spot and charged batons and fired rubber bullets to bring the situation under control.

He, however, claimed that none was injured in the incident.