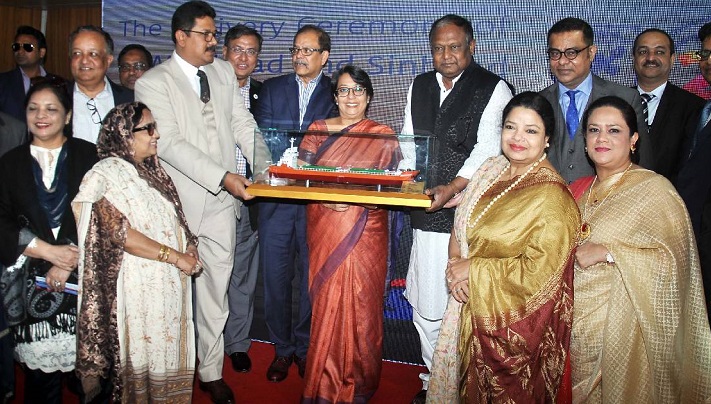 Commerce Minister Tipu Munshi on Friday said Bangladesh will be benefited economically if the country permits India, Bhutan, and Nepal to use its ports.

He made the remarks while handing over two Bangladesh-made ships to Indian High Commissioner to Bangladesh Riva Ganguly Das at the yard of Western Marine Shipyard.

Two ships – JSW Singhagar and Lohgarh — made by Western Marine Shipyard were handed over to Indian company Jindal Steel Works.

Minister Munshi called for changing the mindset and noted that Bangladesh was located at a geographically favourable spot.

According to Chattogram Port sources, Jindal Steel Works gave the work order of making four ships to the Bangladeshi company in 2015.

Two ships were handed over to the Indian company in October 2017 and two others on Friday.