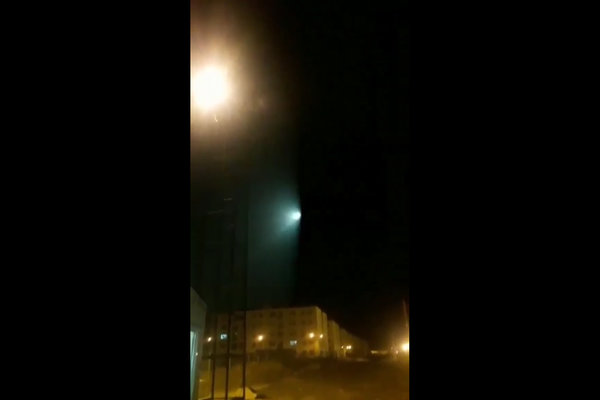 Video verified by The New York Times appears to show an Iranian missile hitting a plane near Tehran’s airport, the area where a Ukrainian jet crashed on Wednesday, killing all 176 people on board.

As investigators work to determine an official cause of the accident, the video offered new clues about the crash, which came hours after a violent confrontation between Iran and the United States. American and allied officials on Thursday said they believed an Iranian missile had accidentally brought the plane down.

A small explosion occurred when what appears to be a missile hit the plane above Parand, a city near the airport, but the plane did not explode, the video showed. The jet continued flying for several minutes and turned back toward the airport, The Times has determined. The plane, which by then had stopped transmitting its signal, flew toward the airport ablaze before it exploded and crashed quickly, other videos verified by The Times showed.

Visual and sonic clues in the footage also matched flight path information and satellite imagery of the area near where the plane crashed. The satellite images were taken on Thursday and provided to The Times by Maxar Technologies, a space technology company.

In the video, approximately 10 seconds pass between the flash of impact of what is believed to be a missile and the sound of the explosion reaching the camera. The sound delay indicates the plane was a little over two miles from the camera at the time of impact. That distance lines up with the path of the Ukraine International Airlines flight, as recorded by the flight tracking company FlightRadar24.

Other details in the video help verify its authenticity. Buildings seen in the background are at least five stories high and have a distinctive design. Several rows of evenly spaced buildings are visible, consistent with the aerial view of the building compound in satellite imagery.