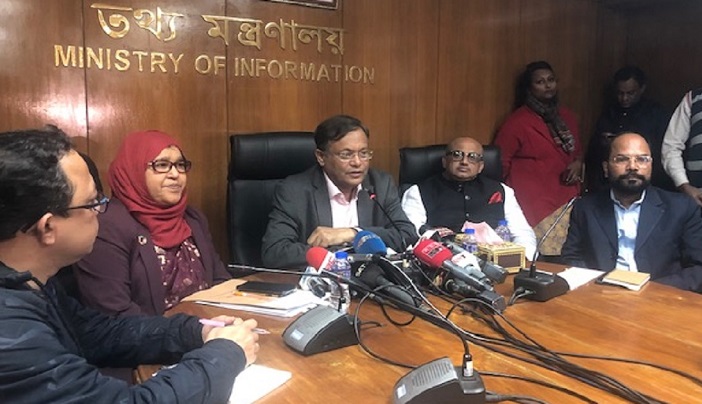 Information Minster Dr Hasan Mahmud has said the BNP thinks that the country is facing problems on the political front, but actually the party itself is mired in a political crisis.

“They (BNP) think that the country’s problem is political. But actually there is no political crisis in the country. Rather BNP itself is in a crisis politically,” he said, while delivering remarks at a courtesy meeting with newly elected leaders of Dhaka Reporters’ Unity (DRU) at the Secretariat on Thursday.

Asked about the upcoming DSCC and DNCC polls, the minister claimed that BNP is enjoying the advantages from certain directives of the Election Commission, which at the same time are going against the ruling party.

“According the EC’s directives, ministers and parliament members are not allowed to participate in electoral campaigns. This directive has placed the BNP in a convenient position,” he said.

The minister also revealed that government is working on online news portal registration.