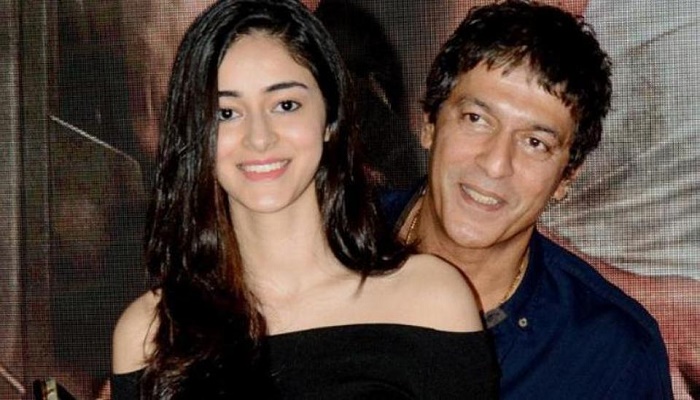 Bollywood actor Ananya Panday was recently at the centre of controversies and heavy trolling when she compared success with appearing on chat show Koffee with Karan and talked about her own struggles.

Her father, actor Chunky Pandey has now said he just wants to ask her to stop taking his name.

Talking with Mumbai Mirror in an interview, Chunky said, “The two times she really got trolled was when she called me Tony Stark and the second was this episode. I want to tell her to stop taking my name.”

At Rajeev Masand’s newcomers’ roundtable, Ananya had said, “I have always wanted to be an actor. Just because my dad has been an actor, I will never say no to an opportunity to act. My dad has never been in a Dharma film, he never went on Koffee With Karan. So it’s not as easy as people say. Everyone has their own journey and their own struggle.”

Sharing how she never taking things lightly, she said, “When SOTY 2 got delayed by a year, my dad actually didn’t even congratulate me till the film released because that’s how fickle the industry is. That’s how dispensable people are. Anything can happen, it can get shelved, it can release after years and he knows that. Mine has been a lot of personal experience, I have seen my dad go through so many things that I don’t take anything too seriously. I overcompensate sometimes. I am so scared that people may say that ‘oh you are taking things too lightly’ so I will come extra early to places. I am so happy that I have this chance.”

Ananya made her Bollywood debut with Karan Johar’s Student of The Year 2 in 2019 and went on to bag a major role in Kartik Aaryan-Bhumi Pednekar’s Pati Patni Aur Woh reboot that hit theatres last year.

During his interaction with the tabloid, Chunky also opened up on handling media outlets talking about his daughter’s love life. “She’s 21, it would be abnormal if she didn’t have a boyfriend. I have been through this in my time, so I know how much of it is true. You’re ready for these things as an insider.”